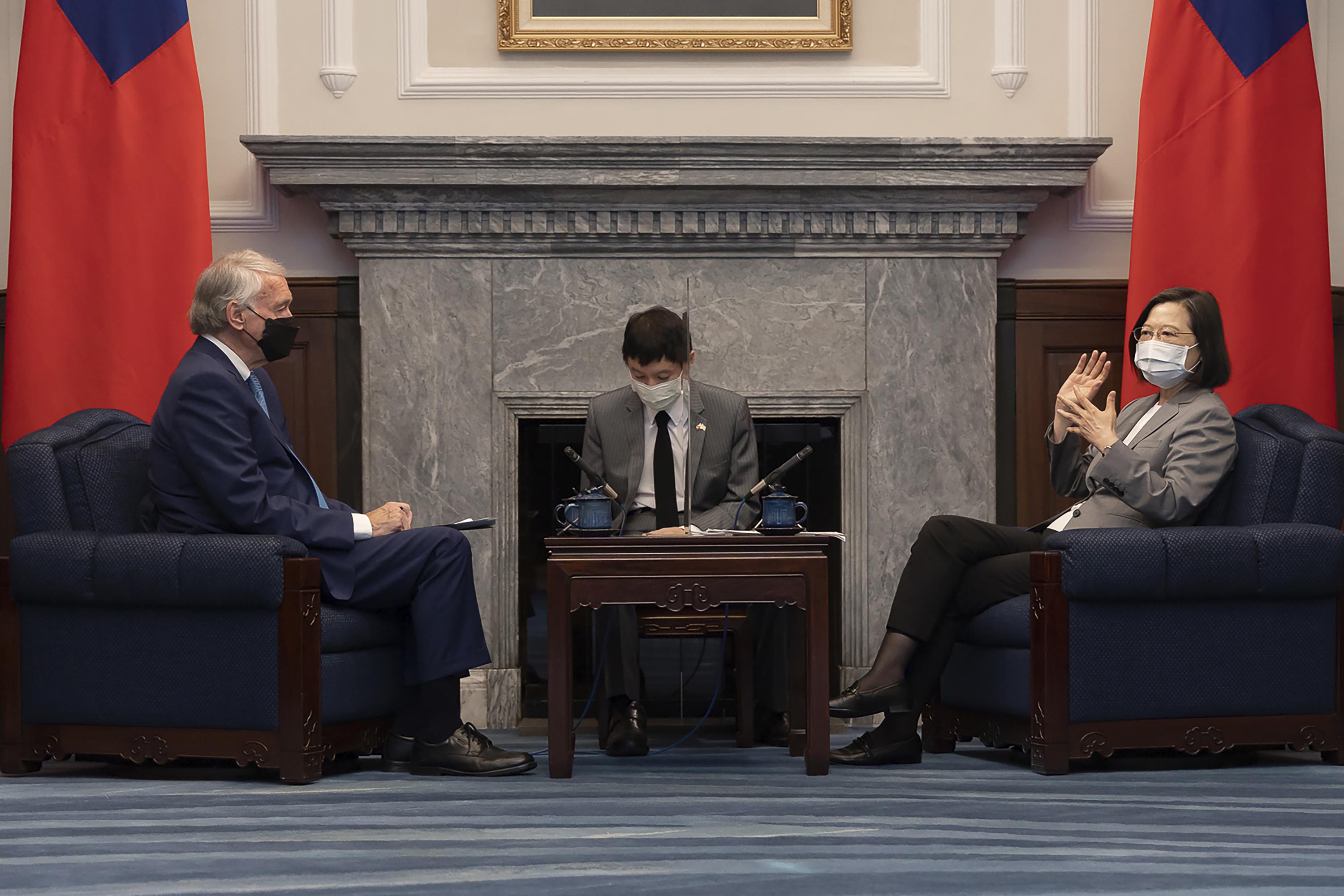 government to visit Taiwan in 25 years, and her trip prompted nearly two weeks of threatening military exercises by China, which claims the island as its own.

Beijing fired missiles over the island and into the Taiwan Strait and sent warplanes and navy ships across the waterway’s midline, which has long been a buffer between the sides that split amid civil war in 1949.

China says it wants to use peaceful means to bring Taiwan under its control, but its recent saber rattling has emphasized its threat to take the island by military force.

The earlier drills appeared to be a rehearsal of a blockade or attack on Taiwan that would force the cancellation of commercial flights and disrupt shipping to Taiwan’s main ports as well as cargo passing through the Taiwan Strait, one of the world’s busiest shipping lanes.

“Their visit this time proves that China cannot stop politicians from any country to visit Taiwan, and it also conveys an important message that the American people stand with the Taiwanese people,” Lo said.A senior White House official on Asia policy said last week that China had used Pelosi’s visit as a pretext to launch an intensified pressure campaign against Taiwan, jeopardizing peace and stability across the Taiwan Strait and in the broader region.

1 Omicron subvariants getting better at evading antibodies - The Jerusalem Post

14 CDC: early figures show unvaccinated at much higher risk for monkeypox - The Hill