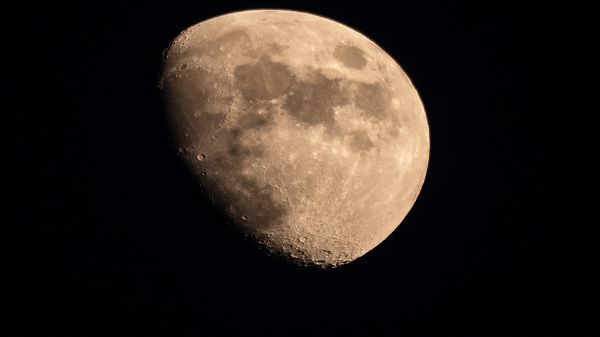 Jan 16, 2022 1 min, 23 secs
The facility, slated for official launch this year, will use powerful magnetic fields inside a 2-foot-diameter (60 centimeters) vacuum chamber to make gravity "disappear." The scientists were inspired by an earlier experiment that used magnets to levitate a frog. .Li Ruilin, a geotechnical engineer at the China University of Mining and Technology, told the South China Morning Post that the chamber, which will be filled with rocks and dust to imitate the lunar surface, is the "first of its kind in the world" and that it could maintain such low-gravity conditions for "as long as you want.".

This will allow them to iron out any costly technical kinks, as well as test whether certain structures will survive on the moon's surface and assess the viability of a human settlement there.

Atoms are made up of atomic nuclei and tiny electrons that orbit them in little loops of current; these moving currents, in turn, induce tiny magnetic fields!

If the external magnet is strong enough, the magnetic force of repulsion between it and the field of the atoms will grow powerful enough to overcome gravity and levitate the object — whether it's an advanced piece of lunar tech or a confused amphibian — into the air.

The tests completed in the chamber will be used to inform China's lunar exploration program Chang'e, which takes its name from the Chinese goddess of the moon.

China has also declared that it will establish a lunar research station on the moon's south pole by 2029.