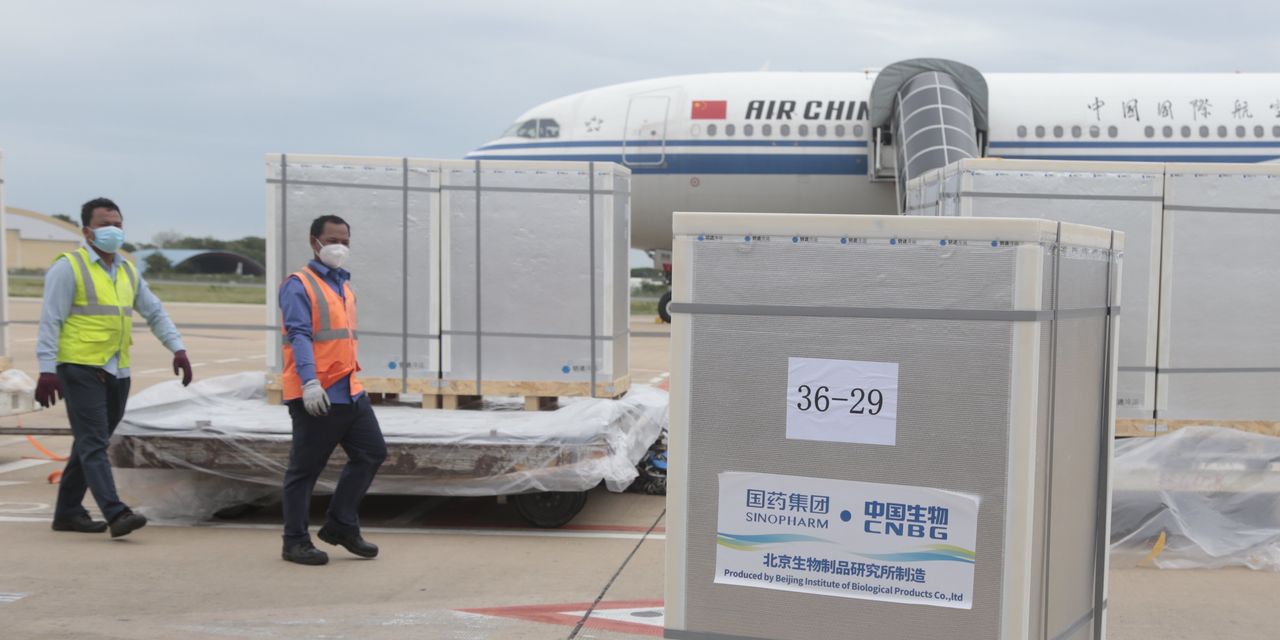 Jun 16, 2021 42 secs
A million doses of Chinese vaccines touched down over the weekend in the Cambodian capital of Phnom Penh, where containers filled with the cargo were photographed and featured prominently on the prime minister’s Facebook page.

Leaders of the Group of Seven countries said on Sunday they would share at least 870 million doses directly over the next year.

But in the last six months, deliveries of Chinese shots, even if they often arrived in small batches, helped several governments push their vaccination drives forward—and gave Beijing an opportunity to strengthen ties.

Indonesia is heavily reliant on shots made by Chinese company Sinovac Biotech Ltd., which account for 89% of the 95 million doses it has received so far.

After a slow start, the Philippines expects to increase vaccinations with about 10 million doses arriving this month, more than half of which will be Chinese.