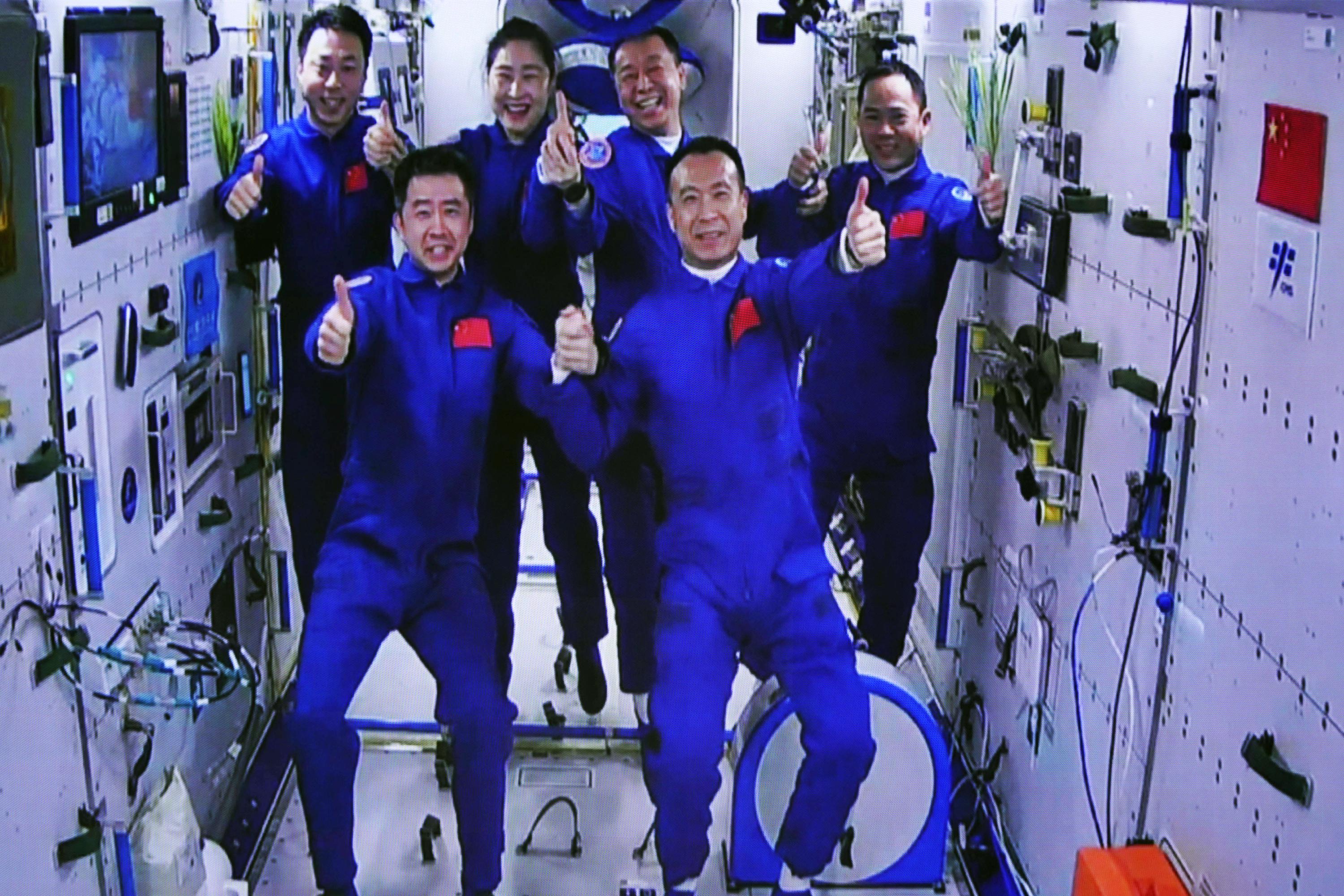 The six-month mission, commanded by Fei Junlong and crewed by Deng Qingming and Zhang Lu, will be the last in the station’s construction phase, according to the China Manned Space Agency.

Next year, it plans to launch the Xuntian space telescope, which, while not part of Tiangong, will orbit in sequence with the station and can dock occasionally with it for maintenance.

Without the attached spacecraft, the Chinese station weighs about 66 tons — a fraction of the International Space Station, which launched its first module in 1998 and weighs around 465 tons.With a lifespan of 10 to 15 years, Tiangong could one day be the only space station still up and running if the International Space Station retires in the coming years as planned.While China’s crewed space program is officially three decades old this year, it truly got underway in 2003, when China became only the third country after the U.S.