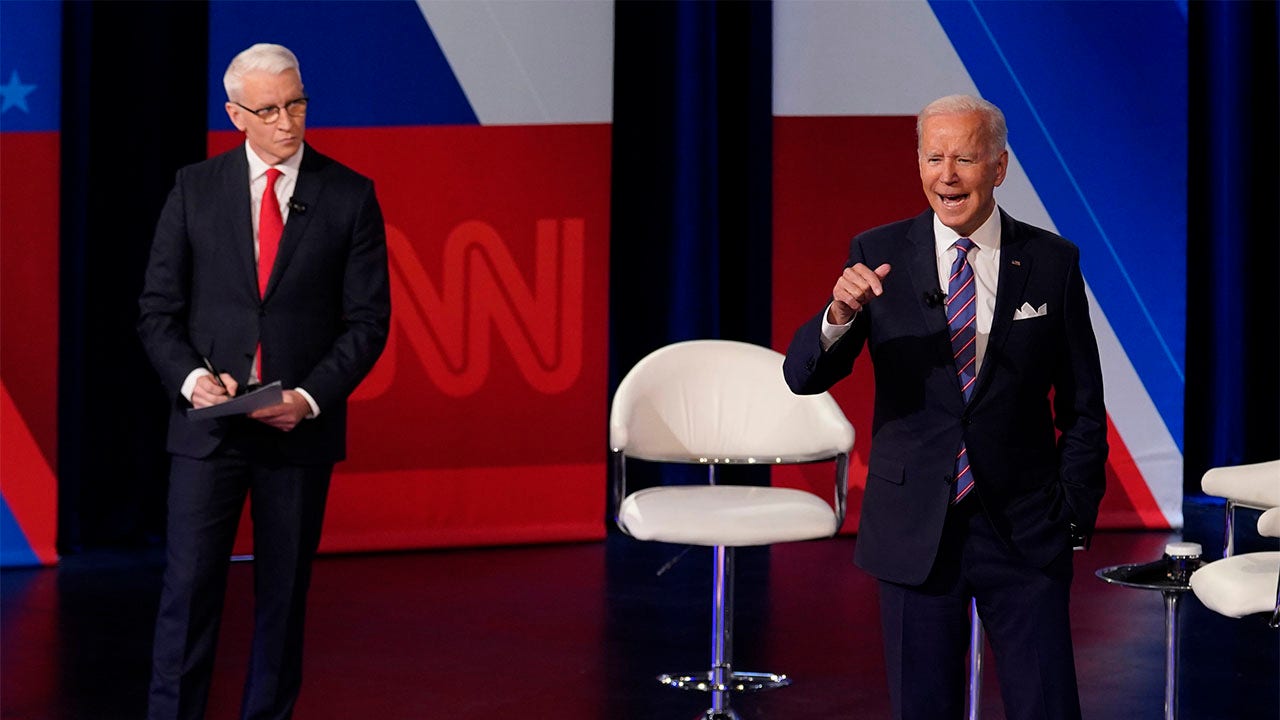 Oct 22, 2021 48 secs
The attendees CNN had participate in its town hall featuring President Biden overwhelmingly skewed in favor of Democrats. .

CNN anchor Anderson Cooper, who has now moderated his second town hall with the 46th president, asked much of the questions throughout the 90-minute event. .

In CNN's town hall with Don Lemon in July, the three Republicans who got to ask Biden outnumbered by eight Democrats, according to a tally from NewsBusters

At Cooper's first town hall in February, none of the 12 participants were Republicans, though two were identified as "independents" who voted for President Trump