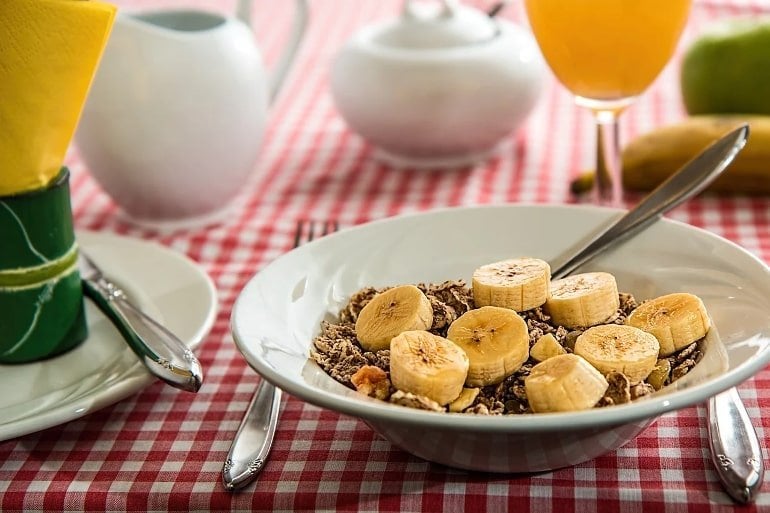 Researchers found skipping breakfast increases the risk of cognitive decline in middle-to-old age, while maintaining a temporal distribution of energy intake during a day helps maintain cognitive health.Epidemiological studies have shown a correlation between the temporal distribution of energy intake during a day (TPEI) and the risk of various chronic diseases such as diabetes and hypertension.According to a short-term intervention trial of 96 young adults, dividing equal amounts of food into four meals between 9 am and 3 pm could improve cognitive function compared to eating twice between 9 am and 3 pm. However, long-term study is lacking about the TPEIs and cognitive function.Recently, Drs Changzheng Yuan and Dongmei Yu at Zhejiang University published a paper in Life Metabolism entitled “Temporal patterns of energy intake and cognitive function and its decline: a community-based cohort study in China”.Based on the China Nutrition Health Survery (CHNS) public database, a total of 3,342 participants were included in this study, who were middle-aged and older adults (mean age 62 years) from nine provinces in China with a baseline age ≥ 55 years..3) The correlation of TPEIs to cognitive function over 10 years was assessed using linear mixed models (LMMs), which was adjusted for age, gender, residence, total energy, physical activity, smoking status, alcohol consumption, household income, education level, and body mass index (BMI).The result showed that, compared with those with “evenly-distributed” pattern, the long-term cognitive function scores were significantly lower in those who had unbalanced TPEIs, especially those with “breakfast-skipping” pattern.Thus, maintaining balanced TPEIs has potentially positive effects on cognitive health, whereas skipping breakfast may significantly increase the risk of cognitive decline in middle-aged and older adults.

In conclusion, this study highlights the importance of optimal TPEIs in cognitive function.

“Temporal patterns of energy intake and cognitive function and its decline: a community-based cohort study in China” by Changzheng Yuan  et al

Temporal patterns of energy intake and cognitive function and its decline: a community-based cohort study in China

4 The Legend of Tianding for PS5, Xbox Series, PS4, and Xbox One launches October 31 alongside free ‘Boss Rush’ update - Gematsu

11 California serial killer appears to be ‘on a mission’, as police link seven shootings - The Guardian US