College basketball rankings: Duke is new No. 1 in Top 25 And 1 after handing Gonzaga its first loss of season - CBSSports.com 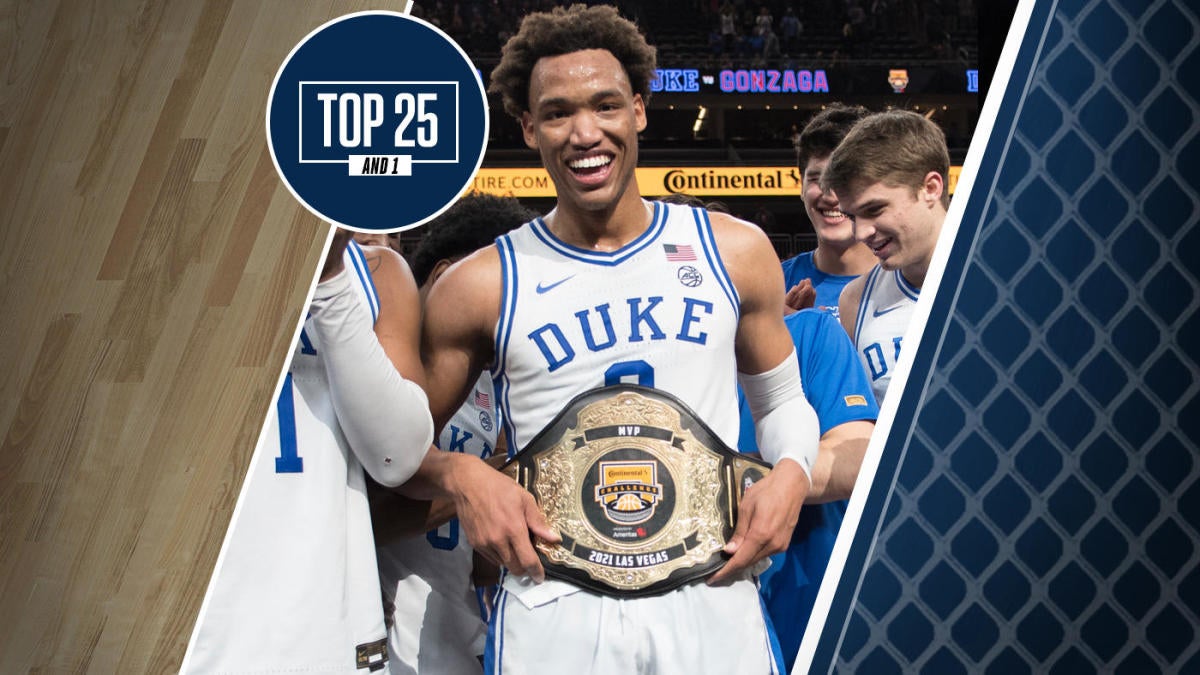 Five-star freshman Paolo Banchero finished with 21 points, five rebounds and two assists for the Blue Devils despite battling cramps in the second half.

Obviously, we feel great about the win -- and we think we beat an outstanding basketball team.".

The neutral-court win inside T-Mobile Arena in Las Vegas improved Duke to 7-0 with victories over Gonzaga and Kentucky, making the Blue Devils the only team in the nation with a zero in the loss column and two wins over top-10 KenPom opponents.

Duke has a nice mix of legitimate NBA talent and experienced complimentary pieces, not unlike the 2015 team that won Krzyzewski's fifth national championship