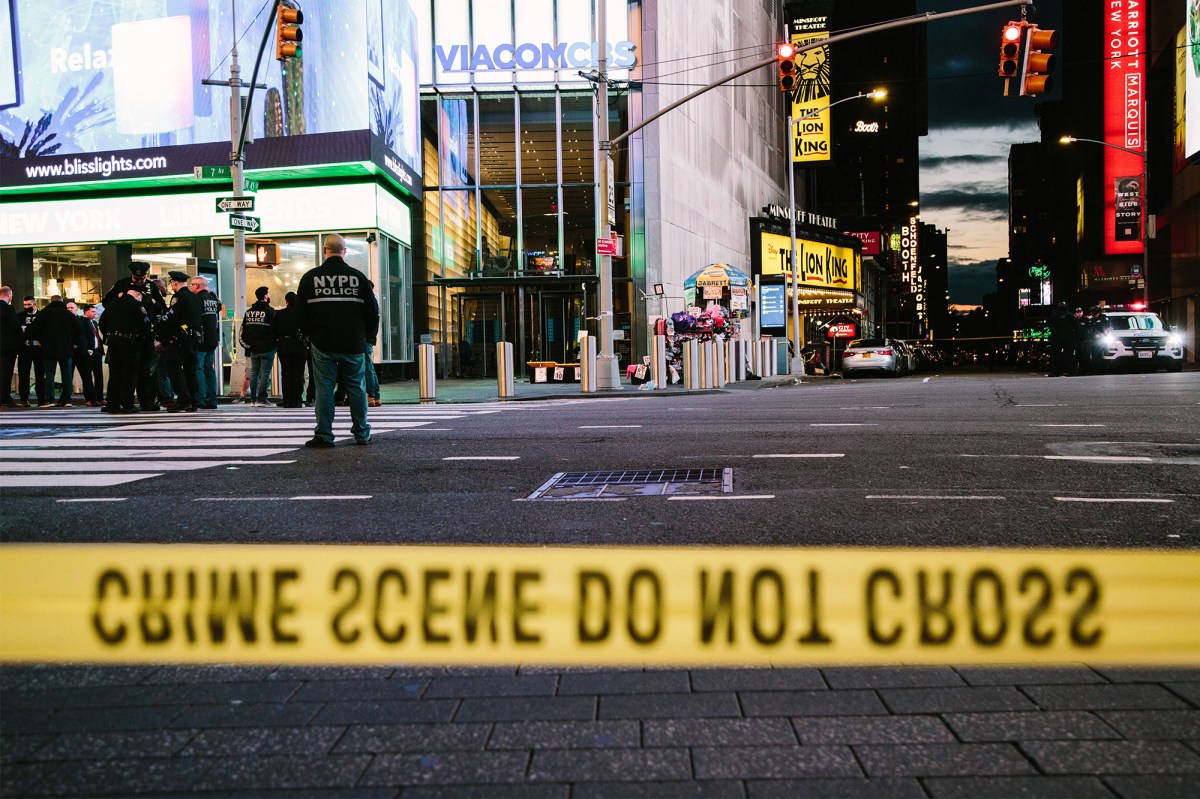 May 10, 2021 1 min, 13 secs
If someone hadn’t been so thoughtless as to put a toy store in Times Square, a toddler in a stroller might not have been shot there late Saturday afternoon, along with a tourist from Rhode Island and another visitor from New Jersey.

Down go the toddler and the tourists, up goes the yellow crime-scene tape, and into the wind go the morons.

But speaking of morons, here’s what Mayor Bill de Blasio had to say later Saturday: “The flood of illegal guns into our city must stop.”.That horse has been out of the barn since forever; illegal guns are everywhere, and for all practical purposes, they always will be.The trick — make that the challenge — is to keep them off the streets and out of the waistbands of gangbangers and morons with anger-management issues. .But it also actually happened, and now the city is in a spiral ­descent into Dinkinsville, because its political class once again lacks the self-confidence — and the self-respect — necessary to keep guns off the street.The safe-streets happy time lasted for two decades, until the arrival of de Blasio and his ideological siblings-in-arms.De Blasio and his merry band of ethnicity-huckstering fellow travelers were on the scene?