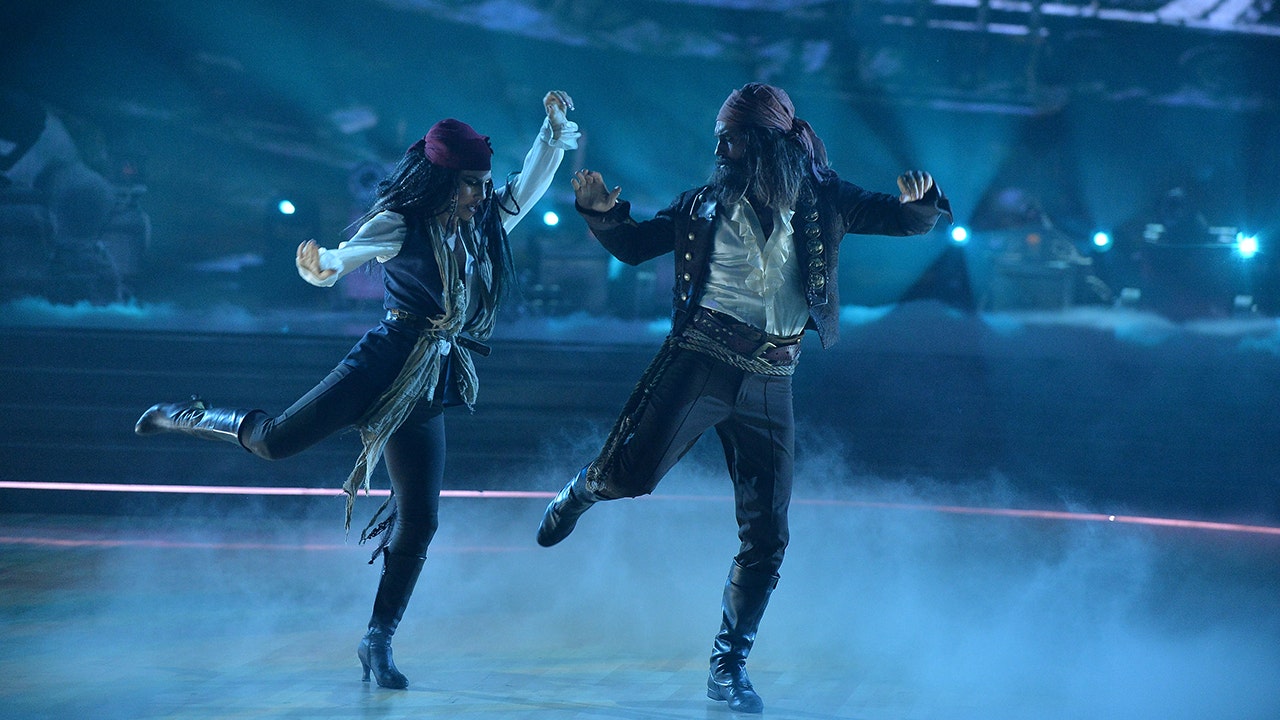 Green and his professional dance partner Sharna Burgess, who is also his girlfriend, were sent home after finishing in last place with a score of 52 out of 80. .

Meanwhile, James and his partner Lindsay Arnold finished with a combined score of 57 out of 80. .

Matt James and Lindsay Arnold were one of two pairs sent home on ‘Dancing with the Stars’ on Monday.

Tuesday's episode saw the "Beverly Hills, 90210" alum and Burgess dance to "He's a Pirate" from "Pirates of the Caribbean: The Curse Of The Black Pearl" while James and Arnold danced to "Jungle" by X Ambassadors & Jamie N Commons (inspired by "The Jungle Book").