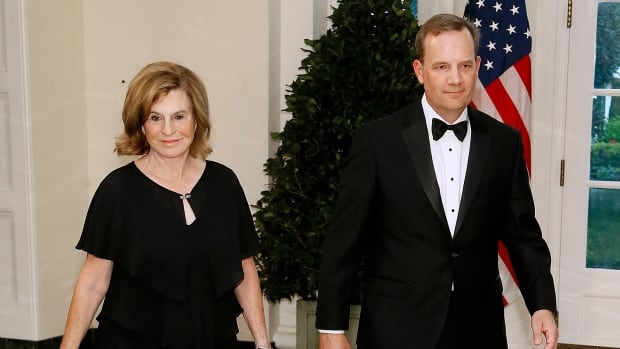 "No special entry exemptions were provided to Uline executives, nor were any National Interest Exemptions.

"A decision was made by officers based on the information provided.

Blair said his government is "working with the CBSA to ensure that similar cases do not occur again.".

A spokesperson for Uline said all three were granted formal exemptions from the two-week quarantine period that has been in place since March. .

Blair is one of five federal ministers or officials who can grant ministerial exemptions for individuals when it is deemed to be in the national  interest.

Blair said today Uihlein did not receive one of these exemptions.

"However, a subsequent review of the information concluded that the travel in this case should have been categorized as discretionary and entry denied under the existing [Order in Council] travel restrictions," the CBSA spokesperson told CBC News. .

The CBSA also said that the agency collects "basic biographical data, contact information, and quarantine based information" for all travellers required to isolate after arriving in the country and passes that information on to the Public Health Agency of Canada (PHAC). .

Once PHAC has this information, PHAC officials can decide when and if to pass the information on to provincial authorities or law enforcement officials, the spokesperson said.