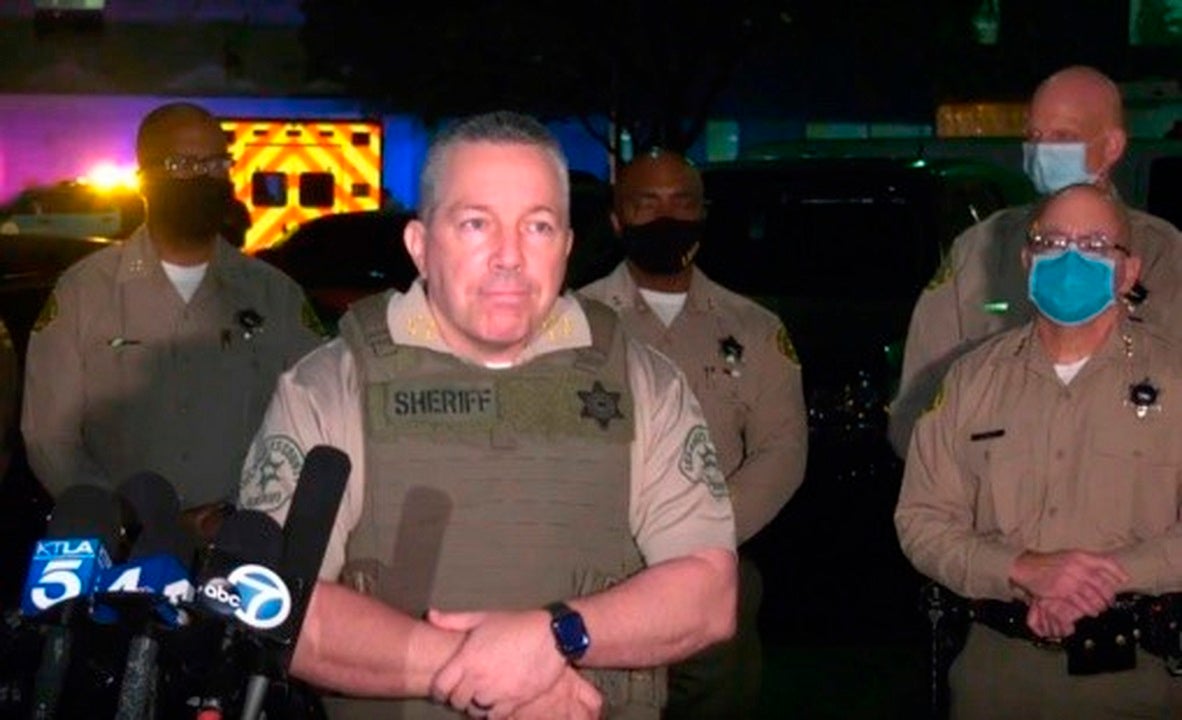 Los Angeles County sheriff Alex Villanueva provides an update on the health of the ambushed deputies and the state of the manhunt for the suspect.

One of the deputies wounded in a brazen ambush in Compton, Calif., over the weekend was released from the hospital Wednesday, Los Angeles County Sheriff Alex Villanueva said.

“Great news, one of those deputies was released from the hospital today,” Villanueva tweeted Wednesday night.

LOS ANGELES SHERIFF DETECTIVES 'ON THE RIGHT PATH' IN SEARCH FOR GUNMAN IN COMPTON DEPUTIES' SHOOTING.

Both deputies had been on the job for about 14 months, Villanueva said over the weekend.