DeSantis pushes back on CNN reporter's question about late Lee County evacuation order: 'Where were you?' - Fox News

DeSantis pushes back on CNN reporter's question about late Lee County evacuation order: 'Where were you?' - Fox News 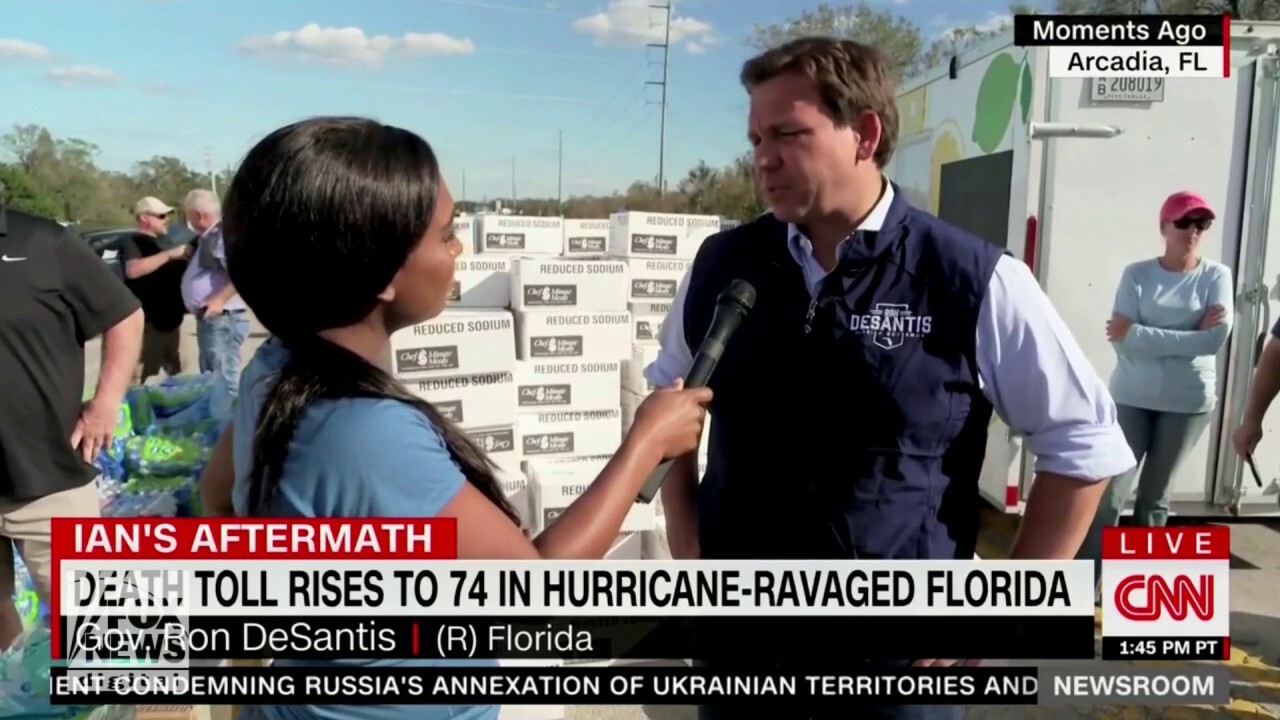 Ron DeSantis pushed back against a CNN reporter who asked him why there was no mandatory evacuation for Lee County until the day before Hurricane Ian hit.

Ron DeSantis criticized CNN after being questioned on Lee County not having a mandatory evacuation for Hurricane Ian until the day before the storm hit.

Since Hurricane Ian made landfall in the state on Wednesday, media reports have criticized Lee County’s decision to not issue a mandatory evacuation order until Tuesday.

Romero took this question to DeSantis directly asking, "Why do you stand behind Lee County’s decision to not have that mandatory evacuation until the day before the storm?"?"Well, where was your industry stationed when the storm hit?" DeSantis replied.DeSantis explained that many reports days prior to the storm did not show Lee County, which includes Cape Coral, Fort Myers and Sanibel Island, within the range of Hurricane Ian, leading many citizens to make their own decisions up to 48 hours before landfall.Romero continued to remark that neighboring counties to Lee County issued mandatory evacuation orders earlier.She later asked whether Lee County’s hesitation to issue a mandatory evacuation will be reviewed following recovery.

DeSantis remarked that at the end of they day, this was still a decision made on the individual level.

"They informed people and most people did not want to do it," DeSantis saidMedia pundits have attacked DeSantis following the aftermath of Hurricane Ian, suggesting that the conservative governor is a hypocrite for requesting federal assistance

3 This Pokémon Scarlet and Violet mod removes all traces of Ed Sheeran - Eurogamer.net