Dinosaur Bones Found in Australia, One of the Biggest - VOA Learning English 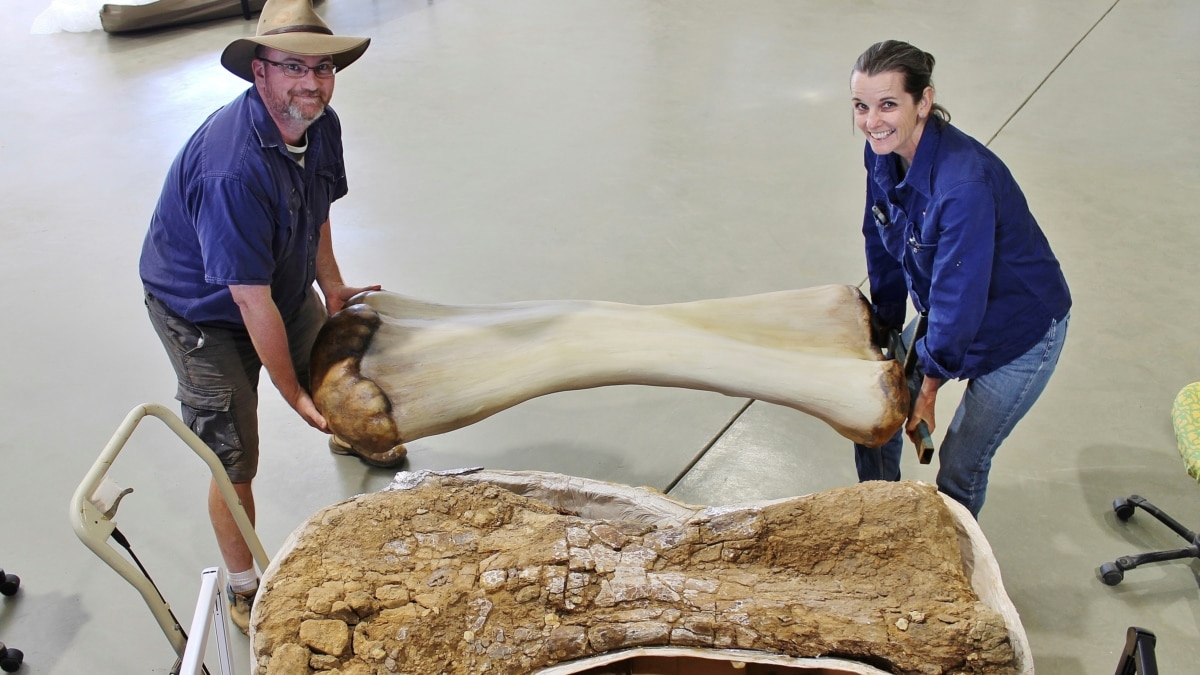 Jun 12, 2021 1 min, 0 secs
Scientists say they have discovered a new dinosaur species in a ten year study of bones found in Australia.

Scientists from the Eromanga Natural History Museum and the Queensland Museum did the research.

The scientists said the dinosaur was a plant-eating sauropod, a kind of dinosaur marked by its large size.Paleontologists, scientists who study dinosaurs, estimated the four-legged dinosaur reached a height of 5-6.5 meters at the hip.The team from the Eromanga Natural History Museum and the Queensland Museum studied the bones with a new computer technology.

The first users, it helped scientists closely compare Cooper’s bones to those of other dinosaurs.

He said, “to make sure Australotitan was a different species, we needed to compare its bones to the bones of other species from Queensland and globally.” He said it was a long and difficult process.

She then established the Euromanga Natural History Museum to hold the finds.

Other dinosaur skeletons and a possible sauropod travel path have been discovered in the area also.Scott Hocknull said that sauropods were hunted by big meat-eating dinosaurs.

The bones of that kind of dinosaur, are probably in the area, he suggested, adding, “we just haven’t found it yet.”.