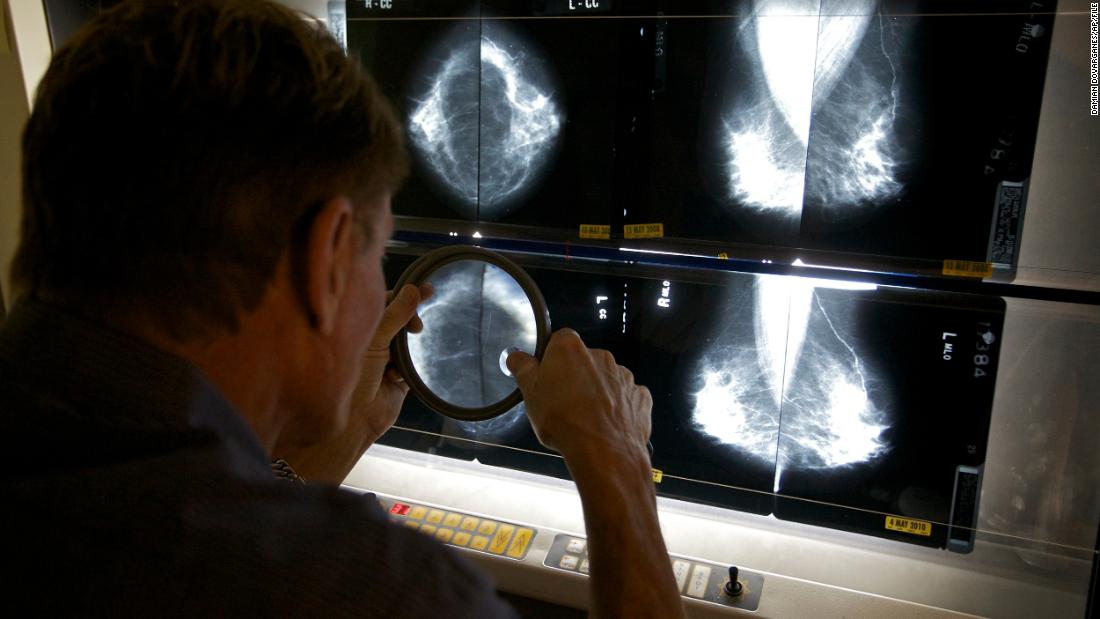 Oct 13, 2021 3 mins, 10 secs
Therefore, any "negative impact like the pandemic is going to be most easily felt in these communities."A study that published in this month's issue of the journal Preventive Medicine finds that in April 2020, the total number of breast and cervical cancer screening tests funded by the US Centers for Disease Control and Prevention's National Breast and Cervical Cancer Early Detection Program declined by 87% and 84%, respectively, compared with the previous five-year averages for that month.

Laura Makaroff, the senior vice president for prevention and early detection at the American Cancer Society, told CNN on Tuesday.

"Number one, we definitely saw a steep decline in cancer screening at the beginning of the pandemic -- way back in Spring 2020, as health systems needed to adjust and not do elective procedures, including cancer screening, to attend to the acute needs of patients with Covid.

"Communities and populations that face additional barriers to cancer screening, which includes health insurance and financial means to pay for screening, have also been impacted by unemployment and loss of employer-sponsored insurance due to the pandemic."

Makaroff said that she and her colleagues at the American Cancer Society are waiting for data to come in on the specific impacts that the pandemic has had on screening rates, accessing treatments and other aspects of cancer care -- but they have seen some early data so far.A survey released last year by the American Society of Clinical Oncology found that two-thirds of Americans, nearly 64%, delayed or skipped scheduled cancer screenings -- such as mammogram, colonoscopy, skin check, or Pap/HPV test -- because of the coronavirus pandemic.Overall, "while there are multiple prediction models published in peer-reviewed journals to estimate the effects of delayed or missed screenings, it will take time for real-world data to accumulate and clarify the true impact overall and on specific populations or geographic regions," a spokesperson at MD Anderson Cancer Center wrote in an email to CNN on Tuesday.Gomella, of Jefferson Health, said that his facility saw a drop in prostate cancer screening during the height of the pandemic, but screening numbers were back to baseline by late 2020."Only time will tell if this temporary decline in screening efforts will impact long-term cancer control rates," he wrote to CNN.'The inequity is appalling'As a former nurse, LaPorte has seen inequities in health care first hand."The inequity is appalling in health care.

Similar disparities exist for some types of cancer too -- as well as their risk factors.

For instance, people of color are more than three times more likely to be breathing the most polluted air in the United States than White people, according to the American Lung Association.

Air pollution can increase the risk of lung cancer.

Black men face a 9% higher incidence of cancer and 22% higher death rate compared with White men for all cancers combined, according to the American Cancer Society.

In contrast, Black women have a 7% lower risk of a cancer diagnosis than White women, but a 13% higher risk of cancer death.

There are efforts across the United States, from California to New York, to promote early cancer screenings and minimize such racial disparities in health care.The UC Davis Comprehensive Cancer Center in California announced last week plans to roll out a "mammovan," mobile van will provide free mammograms to women in underserved communities in Northern California and the Central Valley.