Dozens dead from Ian, one of strongest, costliest US storms - The Associated Press

Dozens dead from Ian, one of strongest, costliest US storms - The Associated Press 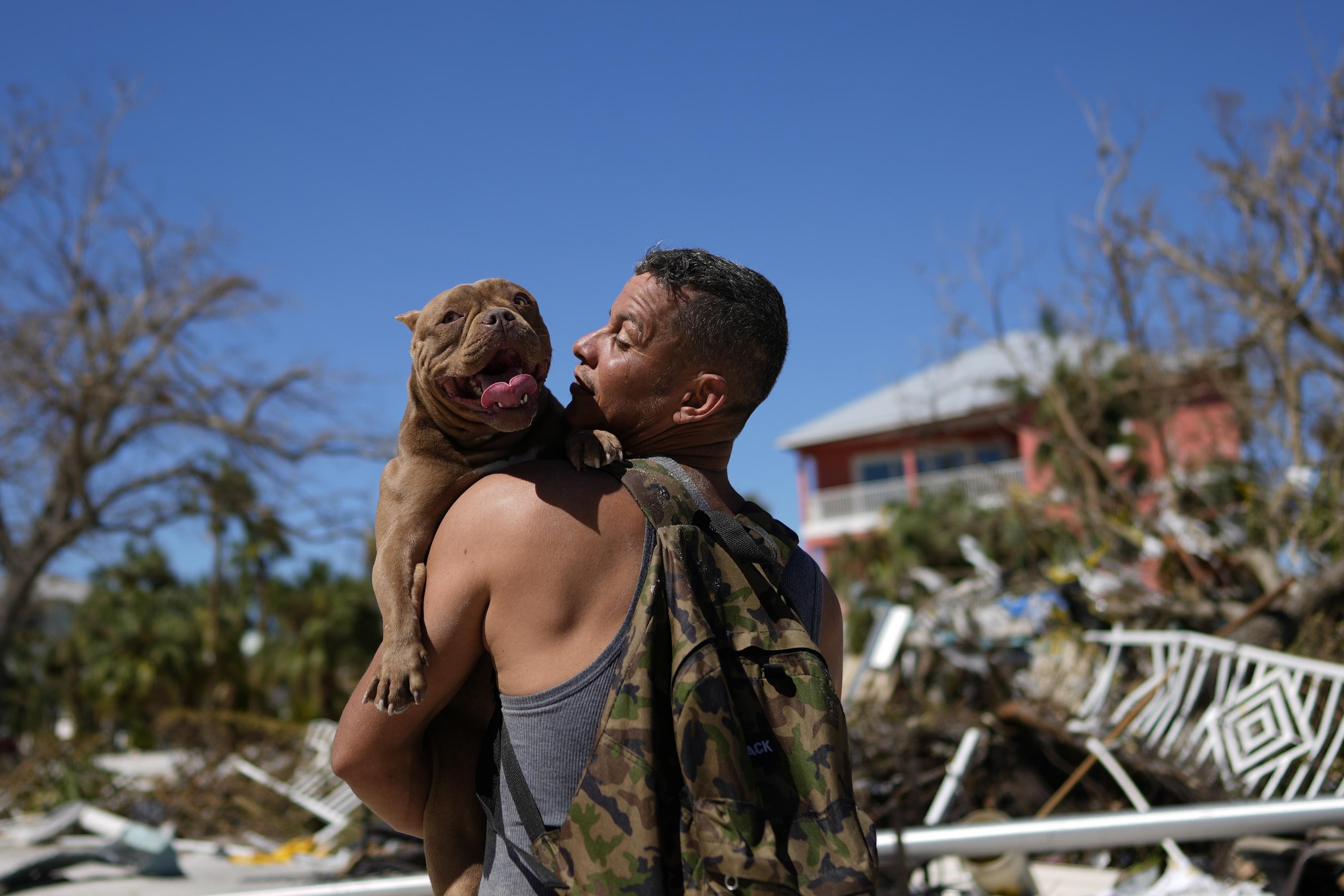 (AP) — Rescuers searched for survivors among the ruins of Florida’s flooded homes from Hurricane Ian while authorities in South Carolina began assessing damage from its strike there as the remnants of one of the strongest and costliest hurricanes to ever hit the U.S.The powerful storm terrorized millions of people for most of the week, battering western Cuba before raking across Florida from the warm waters of the Gulf of Mexico to the Atlantic Ocean, where it mustered enough strength for a final assault on South Carolina.At least 30 people were confirmed dead, including 27 people in Florida mostly from drowning but others from the storm’s tragic aftereffects.Pawleys Island, a beach community about 73 miles (117 kilometers) up South Carolina’s coast from Charleston, was among the places hardest hit by Ian.Eddie Wilder, who has been coming to Pawleys Island for more than six decades, said Friday’s storm was “insane to watch.” He said waves as high as 25 feet (7.6 meters) washed away the pier, just two doors down from his home.“We watched it hit the pier and saw the pier disappear,” said Wilder, whose house sits about 30 feet (9 meters) above the ocean and stayed dry inside.The Pawleys pier was one of at least four along South Carolina’s coast to be destroyed during Ian’s winds and rain.Gomez Licon reported from Punta Gorda, Florida; Associated Press contributors include Anthony Izaguirre in Tallahassee, Florida; Terry Spencer and Tim Reynolds in Fort Myers, Florida; Cody Jackson in Tampa, Florida; Freida Frisaro in Miami; Mike Schneider in Orlando, Florida; Daniel Kozin in North Port, Florida; Seth Borenstein in Washington; Bobby Caina Calvan in New York; and Jeffrey Collins in Columbia, South Carolina

2 'Holdout Humans': Chilling Glimpse Into Our Future if We Survive Another Million Years - ScienceAlert

13 Spotify 2022 Wrapped: How to Watch (and Rewatch) Your Personalized Recap - CNET

15 Poll: What Do You Think Of Donkey Kong's New Look In The Mario Movie? - Nintendo Life