Ellen DeGeneres to End Talk Show: “I Need Something New to Challenge Me” (Exclusive) - Hollywood Reporter 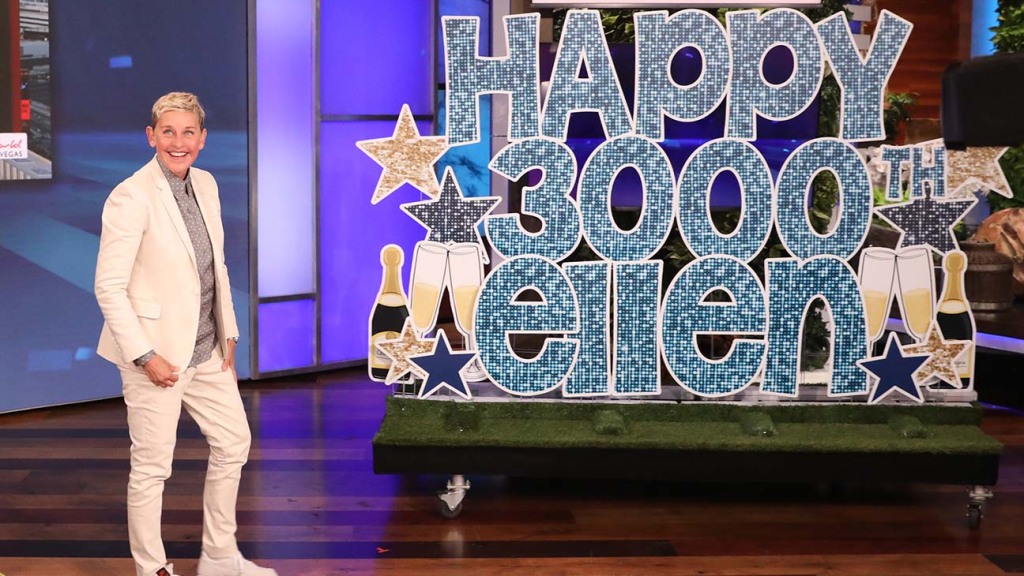 May 12, 2021 5 mins, 59 secs
“When you’re a creative person, you constantly need to be challenged — and as great as this show is, and as fun as it is, it’s just not a challenge anymore,” DeGeneres tells The Hollywood Reporter, discussing the move publicly for the first time.

And I want to say I am so sorry to the people who were affected.” While the mea culpa was widely viewed — Ellen’s highest-rated premiere in years, per The New York Times — viewership quickly tumbled, even as Hollywood’s A-list remained loyal guests.

Here, the woman whose 1997 “Yep, I’m Gay” Time cover story nearly torpedoed her career, speaks with THR about the decision to wrap up a show that’s earned her 64 Daytime Emmys, the allegations that nearly sent her packing and the parts that she’ll miss most — and least — about her daily platform.

We all hugged and everyone had tears in their eyes, and Mike Darnell was here going, “You really want to [end this]?” Look, it’s going to be really hard on the last day, but I also know it’s time.

And as great as this show is, and as fun as it is, it’s just not a challenge anymore.

But you’re right, my brother was like, “People look forward to this show every day, and there aren’t many shows out there that are just pure joy like this.” He’s always been my biggest advocate and — not that Portia isn’t, but she’s also selfish and wants me to do things that I’m challenged by, and she’s watched me come home every day saying, “I just feel like there’s something more I could be doing.” I care about the environment.

I care about design and furniture … So, definitely people have been saying, “Why don’t we just try to go a little longer?” But 19 years is a long time to do anything.

I have some ideas, but my agent is just like, “Why don’t you just sit still for a minute.

You probably don’t even know how exhausted you are and what it’s going to be like to sit still.” And I don’t know how long I’ll be able to do that because I’m like a Ferrari in neutral.

So, that’s my first challenge, and then I’m going to figure it out?

I don’t know if that’s really what I want to do next, but movies for sure.

I’m opening up my campus in Rwanda next year, and I want to be more involved with conservation and everything that matters to me as far as the environment and animals.

So, it’s not why I’m stopping, but it was hard because I was sitting at home, it was summer, and I see a story that people have to chew gum before they talk to me and I’m like, “OK, this is hilarious.” Then I see another story of some other ridiculous thing and then it just didn’t stop.

“If I just don’t address it, it’s going to go away,” because it was all so stupid.

It’s a culture now where there are just mean people, and it’s so foreign to me that people get joy out of that.

And at first I didn’t believe it because I know how happy everybody is here and how every guest talks about, “Man, you have a great place here.

And I don’t want to generalize because there are some bad people out there and those people shouldn’t work again, but in general, the culture today is one where you can’t learn and grow, which is, as human beings, what we’re here to do.

And I can see people looking at that going, “You don’t care about what people [went through].” I care tremendously.

It broke my heart when I learned that people here had anything other than a fantastic experience — that people were hurt in any way?

I check in now as much as I can through Zoom to different departments, and I make sure people know that if there’s ever a question or ever anything, they can come to me, and I don’t know why that was never considered before?

I just want people to trust and know that I am who I appear to be.

Like, “This isn’t going to be that big of a wave.” And then it just keeps getting bigger and bigger until it was out of control.

And I really, honestly, felt like, “I don’t deserve this?

I’m a good person.” And I was sitting back going, “If I was someone watching this, I would think, ‘Well, there must be some truth to it because it’s not stopping.’” Of course they’re going to believe this because I’m not addressing it because I was told not to and you can imagine what that felt like.

And I will not miss fittings — if you gain one pound, the pants don’t fit you the way that they did two weeks ago, so that doesn’t feel good to have fittings.

We create stuff that’s sometimes just funny to us and it’s not exactly mass appeal, but I don’t care ’cause it’s stuff that’s dry and quiet and it’s my humor and, you know, I’ve tried to stay true to who I am and what my brand is?

And so I’ll miss everything but, in my gut, I know it’s time to do something different.

I haven’t asked her advice yet, but I’m sure she’s going to say exactly what my agent did: “Sit still for a while and figure it out.” But look at her.

Like, I love that I’m emotional and I still care what people think and say about me, to a degree.

And if, for whatever reason, one day I wasn’t dancing when I’m in the dry cleaners or I didn’t smile at somebody, it’s like, “Oh, did that affect somebody.

Was that what they meant?” And I don’t know, but I know that I’m just a person with a lot of different emotions and I struggle with depression and with anxiety.

It was just the most awkward situation, but that’s the extreme of what I’m talking about