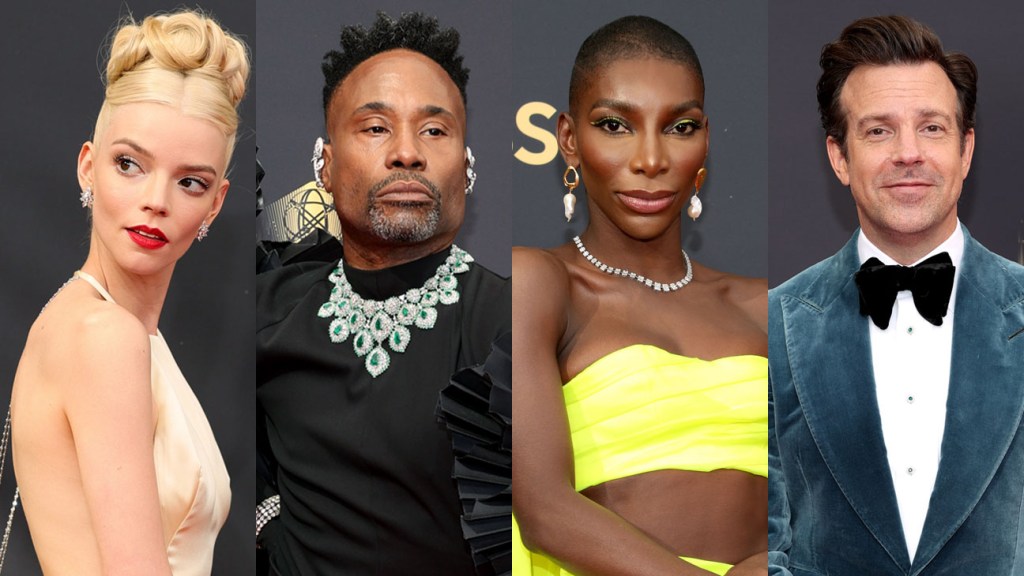 host Nicole Byer, nominated for outstanding host for a reality or reality-competition program, wore a purple ballgown by Christian Siriano