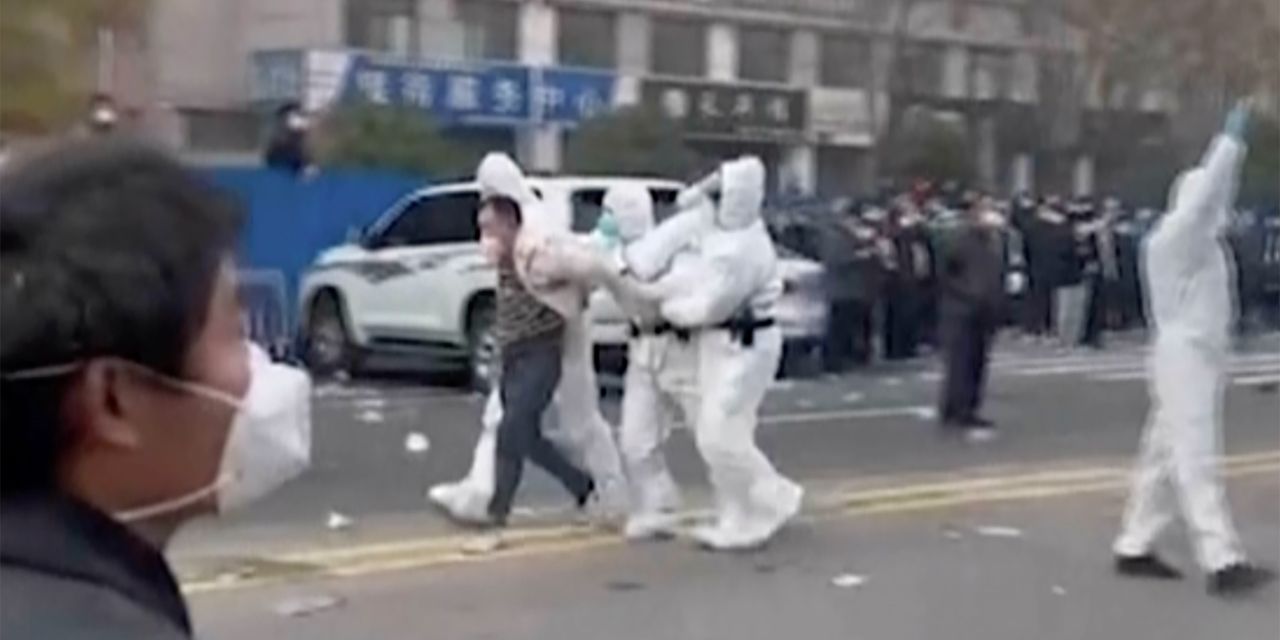 the biggest contract assembler of smartphones and other electronics, is struggling to fill orders for the iPhone 14 after thousands of employees walked away from the factory in the central city of Zhengzhou last month following complaints about unsafe working conditions.On Tuesday, a protest erupted after employees who had traveled long distances to take jobs at the factory complained that the company changed terms of their pay, according to an employee, Li Sanshan.After employees arrived, the company said they had to work two additional months at lower pay to receive the 25,000 yuan, according to Li.The protests in Zhengzhou come as the ruling Communist Party faces rising frustration about restrictions in areas across China that have closed shops and offices and confined millions of people to their homes.The protest in Zhengzhou lasted through Wednesday morning as thousands of workers gathered outside dormitories and confronted factory security workers, according to Li.The company earlier warned iPhone 14 deliveries would be delayed after access to an industrial zone around the Zhengzhou factory, which Foxconn says employs 200,000 people, was suspended following outbreaks.The company denied what it said were comments online that employees with the virus lived in dormitories at the Zhengzhou factory.

It said facilities were disinfected and passed government checks before employees moved in.

“Regarding any violence, the company will continue to communicate with employees and the government to prevent similar incidents from happening again,” a company statement said.The government will enforce its anti-COVID policy while “resolutely overcoming the mindset of paralysis and laxity,” said a spokesman for the National Health Commission, Mi Feng.

1 Interactive: Here are the politicians who received money from FTX's Sam Bankman-Fried - MarketWatch

3 Here's where investors made a 'risk-free' 6.6% return in the past four U.S. recessions - MarketWatch

14 Monstrous 'gorgons' survived a mass extinction, but they were a 'dead clade walking' - Livescience.com

15 Texas vs. Illinois score, takeaways: No. 17 Illini upset No. 2 Longhorns in OT, handing them their first loss - CBS Sports