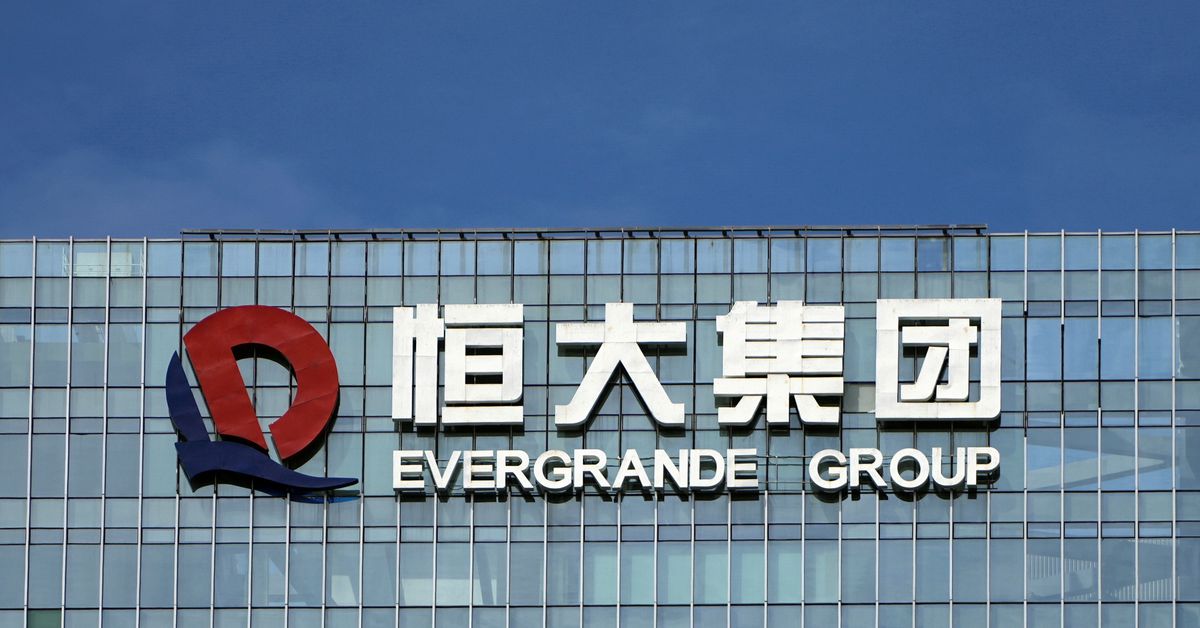 Dec 07, 2021 1 min, 0 secs
The company logo is seen on the headquarters of China Evergrande Group in Shenzhen, Guangdong province, China September 26, 2021.HONG KONG/SHANGHAI, Dec 7 (Reuters) - Some offshore bondholders of China Evergrande Group (3333.HK) did not receive coupon payments by the end of a 30-day grace period, four people with knowledge of the matter said, pushing the cash-strapped property developer closer to formal default.Once China's top property developer, with over 1,300 real estate projects and $300 billion of liabilities, Evergrande has been the poster child of a property crisis in China this year that has already ripped down nearly a dozen smaller developers.Evergrande became just one of a number of developers subsequently starved of liquidity, prompting offshore debt default and credit-rating downgrades, and a plunge in the value of developers' stocks and bonds.Smaller peer Kaisa Group Holdings Ltd (1638.HK) - China's largest offshore debtor among developers after Evergrande - also risks defaulting on a $400 million bond maturing on Tuesday having failed to make a deal with bondholders.