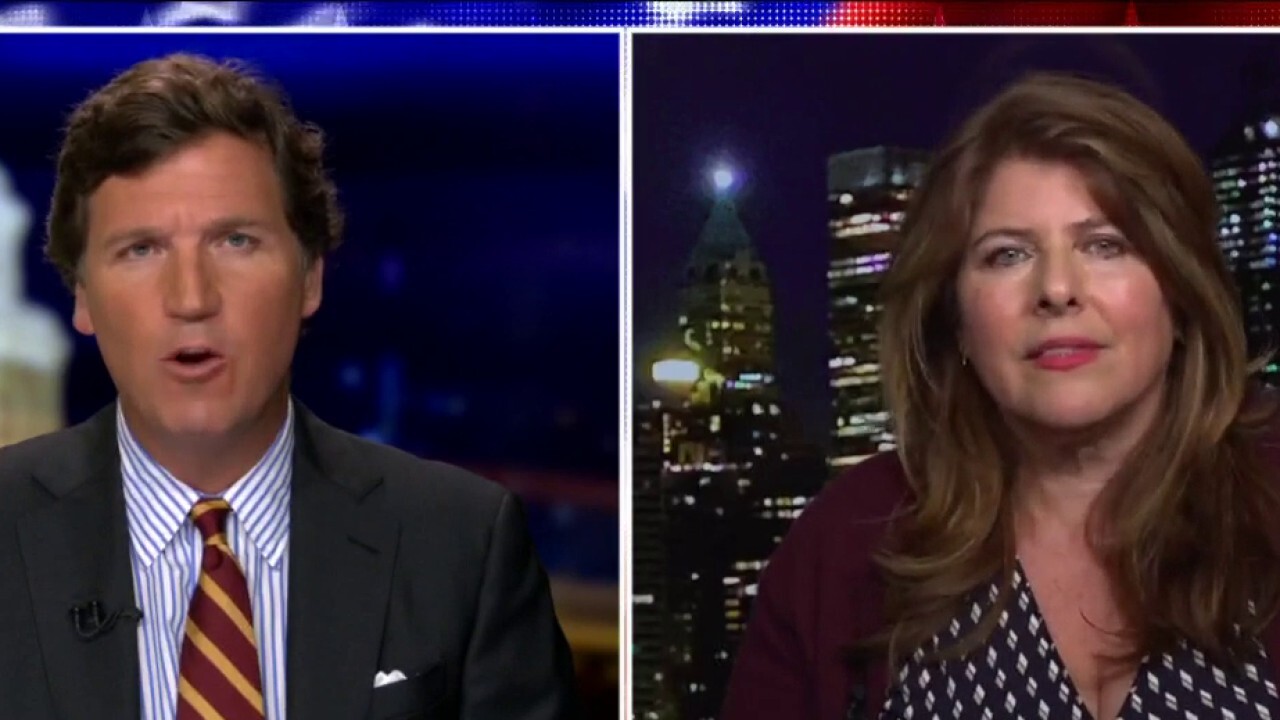 Feb 23, 2021 58 secs
about to become 'police state' on 'Tucker'.America is becoming a "totalitarian state before our eyes" under President Biden's leadership, feminist author and former Democratic adviser Naomi Wolf told "Tucker Carlson Tonight" Monday.Wolf, who served as an adviser on Bill Clinton's reelection campaign in 1996, told host Tucker Carlson that in her view, the United States is swiftly "moving into a coup situation, a police state" as a result of Biden's ongoing coronavirus-related economic shutdowns."That is not a partisan thing," Wolf told Carlson.

citizens of various backgrounds and political affiliations who are in a state of "shock and horror"  as "autocratic tyrants at the state and now the national level are creating this kind of merger of corporate power and government power, which is really characteristic of totalism fascism in the '20's," she told Carlson