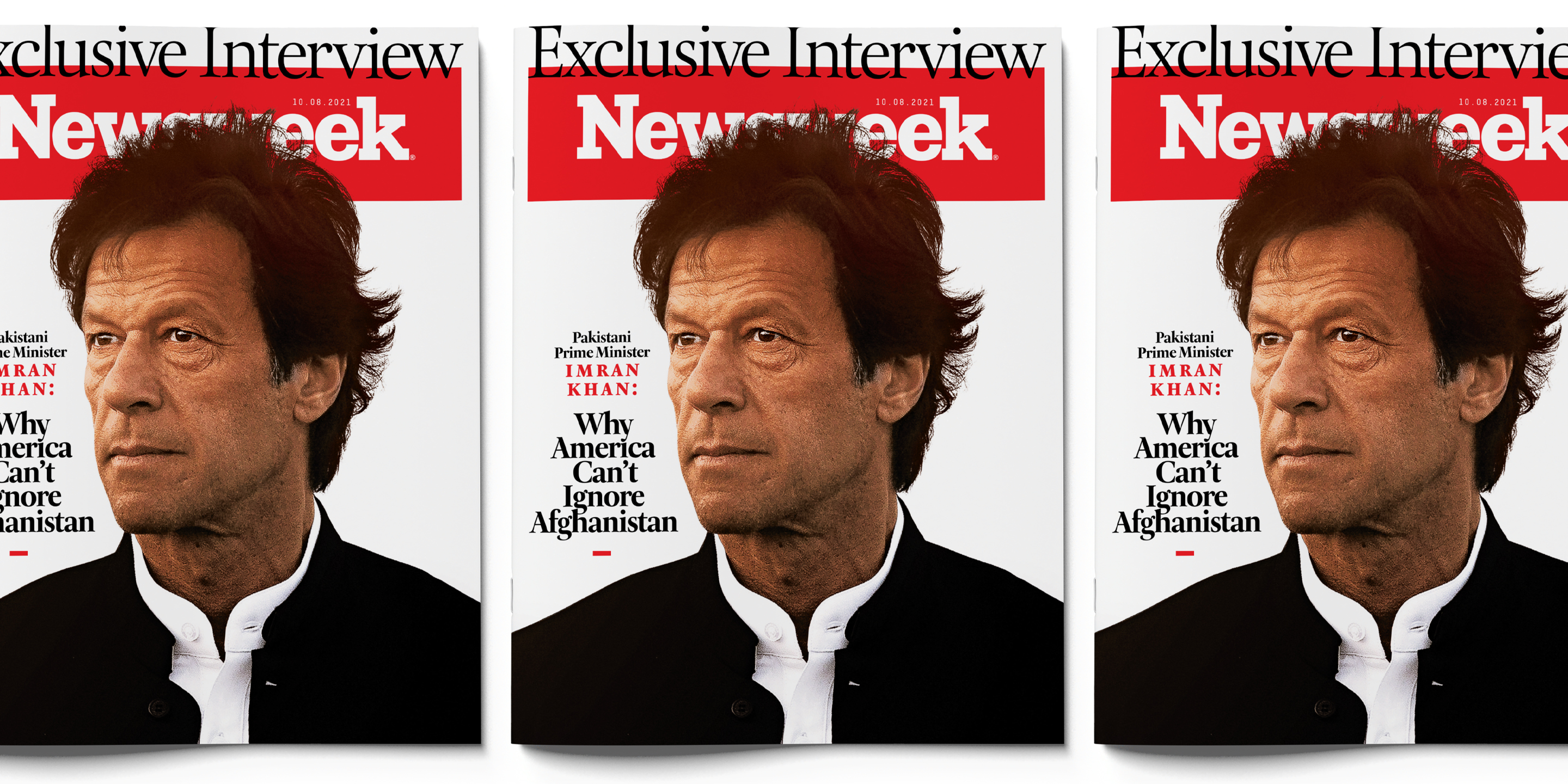 Khan discussed his goals and fears for his country and the region, and explained why he believes America must remain engaged in Afghanistan.

Newsweek: What do you feel will be the immediate impact for both Pakistan and the region as a result of the U.S.For its part, the United States has divested a liability—its costly military intervention—which, as the U.S.

President has himself admitted, was not a strategic priority for the United States.

Both Pakistan and the United States need to prevent terrorism emanating from Afghanistan.

As for China, if China offers economic support to Afghanistan, it's natural that the Afghans will accept it.

Pakistan is obliged to engage with the de-facto authorities in Afghanistan to prevent an economic and humanitarian collapse in this neighboring country and the resurgence of terrorism.

Pakistan is extremely concerned about the threat of terrorism from Afghanistan, particularly from the TTP, which has conducted thousands of attacks against Pakistan from the territory of Afghanistan with the sponsorship and support of certain hostile intelligence agencies.

The TTP has also been responsible for most of its attacks on Chinese citizens working in Pakistan, perhaps with the support of the East Turkestan Islamic Movement (ETIM).

Pakistan will work with the authorities in Afghanistan to halt TTP and other terrorism from Afghanistan.

military support to India is designed to contain China, including through the so-called Quad.

Seventy percent of all Indian military capabilities are deployed against Pakistan, not China.

Apart from increasing the likelihood of a conflict, an arms race in South Asia will divert both India and Pakistan from investing in socio-economic development and the welfare of their people.

Throughout this time, Pakistan has simultaneously maintained a close relationship with the United States as well.

We see no reason for our strategic partnership with China to erode our ability to continue a cooperative relationship with the United States.

What message did you have for them as it relates to the role of Pakistan and the SCO states in addressing Afghanistan and other regional issues?

At the SCO Summit, I presented Pakistan's viewpoint about the situation and presented the possible way out to address the challenges posed to the region due to the current situation in Afghanistan.

The United States and G7 initiative—"Build Back Better World"—has been welcomed by Pakistan.

How would you evaluate the successes and failures of the United States' "War on Terror" over the course of the past two decades?

withdrawal from Afghanistan will be on the region?

There is a ray of hope today to end the "long war" and bring peace, stability and development to Afghanistan and the broader region.

The last thing Pakistan wants is more conflict and turbulence in Afghanistan.It is our hope that Afghanistan will be stabilized, through humanitarian help, economic support, and connectivity and infrastructure projects, and that the U.S., China and Russia will all contribute to pacifying and reconstructing Afghanistan.On the other hand, if rivalry persists within Afghanistan, and between regional states and global powers, it could lead to a new round of violence and conflict in Afghanistan.

This would create new flow of refugees, escalate the threat of terrorism from Afghanistan, and destabilize the entire region.