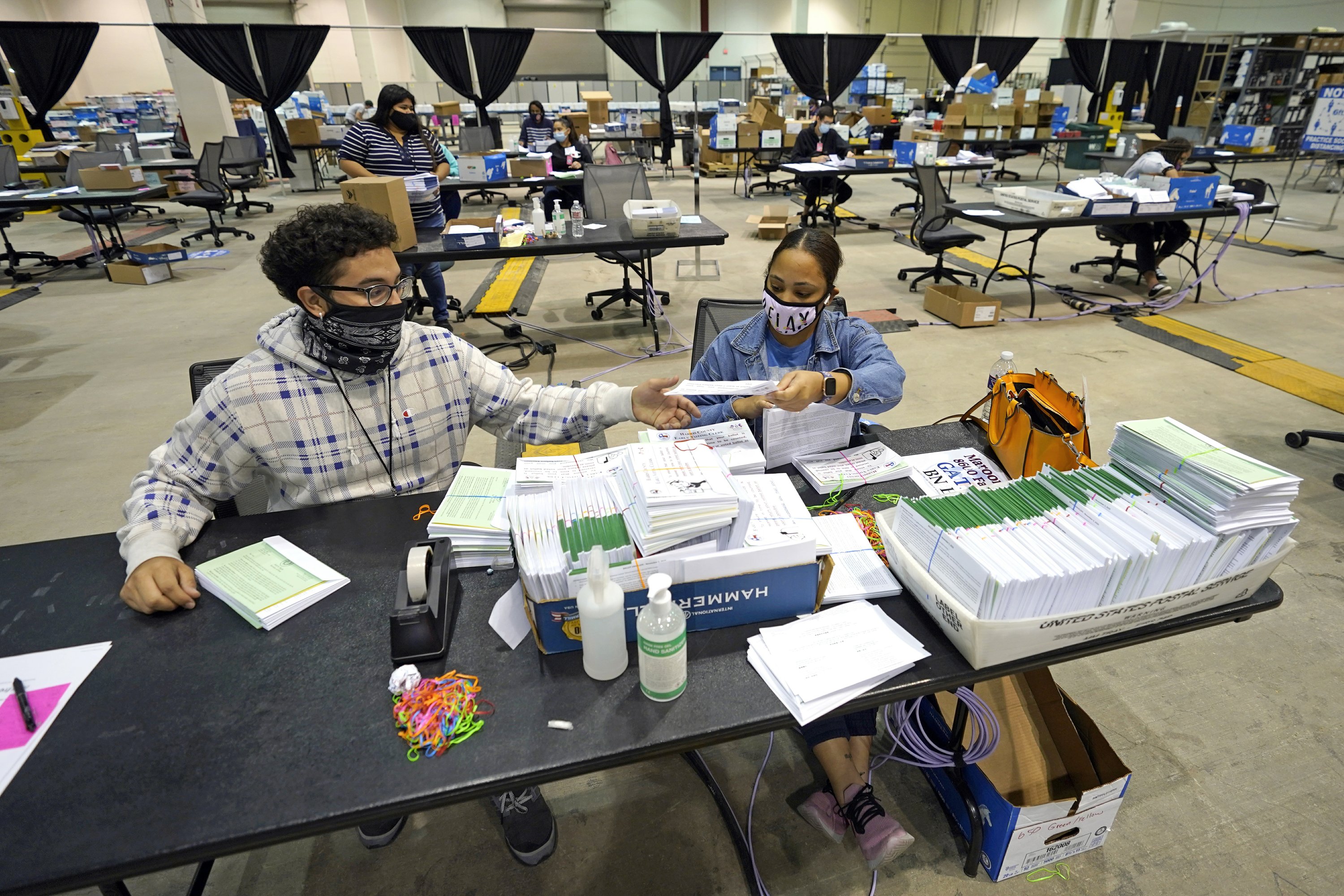 “I was champing at the bit,” said Murdoch, who moved to Austin from Australia shortly after President Donald Trump took office, and cast a ballot last week to vote him out.

In Harris County, home to Houston, more than 1 million votes have already been cast.

Roughly 50% of voters currently registered to vote in Texas have never voted or vote infrequently, according to the voter information firm L2.

Derek Ryan, a GOP data analyst, predicted this week that Texas turnout would likely surpass 12 million, or roughly 3 million more voters than 2016 — more than the population of neighboring New Mexico.

Whereas the vast majority of states are allowing widespread mail-in voting because of coronavirus fears, Texas is only one of five that refused, choosing instead to expand early voting by one week.

More than 56 million voters have already cast their ballot across the country, and election experts are suggesting that as many as 150 million Americans may vote.

A major battleground is Collin County, outside Dallas, which has more than 1 million residents and backed Trump by 17 percentage points in 2016.

In Hidalgo County, the percentage of registered voters who’ve already cast a ballot is slightly down from the same point four years ago.

In Houston, Bob Bailey cast his vote early for Trump with only the economy in mind.