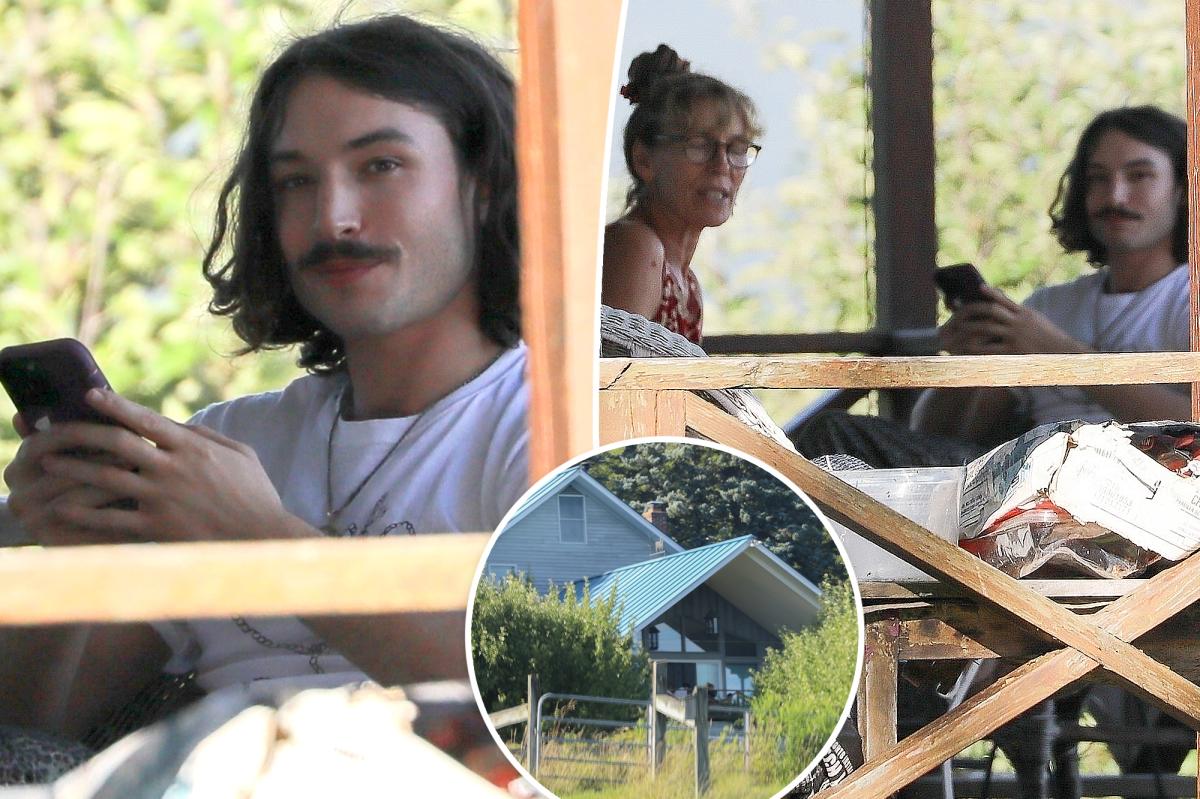 Vermont State Police cited Ezra with the burglary charge during one of their visits to the actor’s Stamford estate to attempt to locate the young family he’s allegedly been housing since mid-April.According to Rolling Stone, officers were looking for the 25-year-old mother and her three children — aged 5, 4 and 1 — to serve her an emergency care order requested by the State Attorney’s office, which demanded the kids’ removal from both the property and her care.The order was reportedly drafted for fear of the children’s safety, as Ezra’s farm is allegedly littered with firearms, ammunition and marijuana.In June, the mom insisted to Rolling Stone that Ezra provided “a safe environment for [her] three very young children.”However, the “Fantastic Beasts” star allegedly told cops over the weekend that the family hadn’t lived there in months, which the State Attorney’s office said seemed like an attempt to “evade service” of the orderRolling Stone also noted that the mother was posting daily on social media from the property until mid-July when her account went dark and appeared to be deleted

10 Grimes is debating a face tattoo: 'Feels like it's time' - Page Six

1 At Temple, two scientists fight over a claim of stolen heart research and a start-up that’s selling for $53 million - The Philadelphia Inquirer