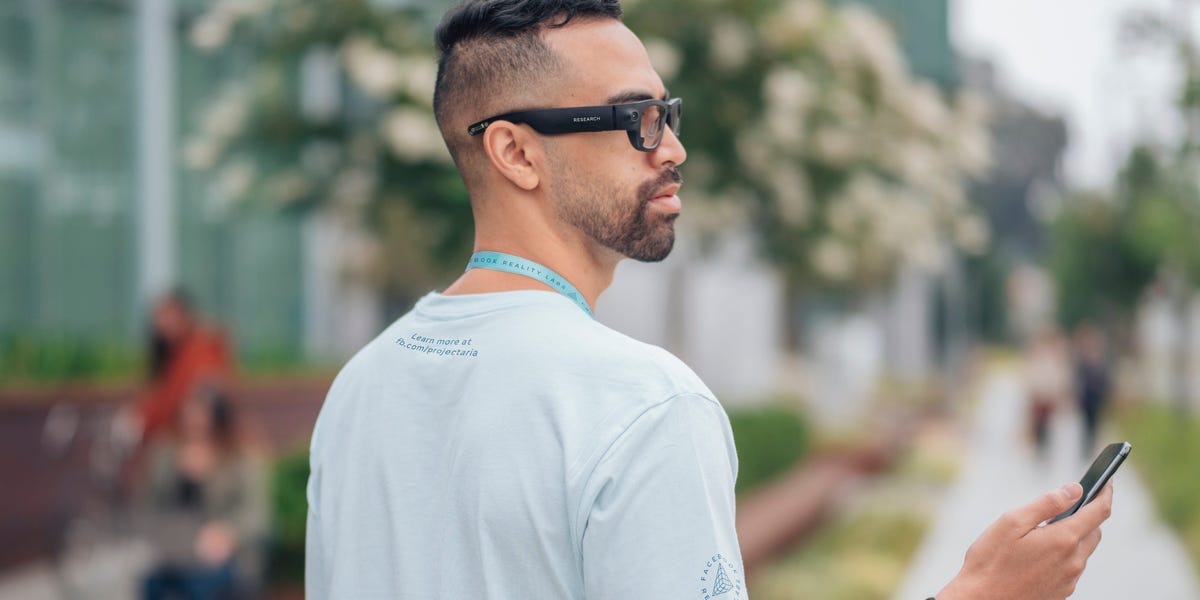 Facebook is years deep into a project that aims to replace smartphones with augmented reality glasses.

"Like a mapping car, all participants will be easily identifiable by their clothing," Facebook Reality Labs head Andrew Bosworth said on Wednesday.

One example participant, seen above, has Facebook Reality Labs Research written on his shirt, and his camera-enabled glasses say "Research" in large white letters.

Critically, Bosworth said that all data collected by Project Aria participants will be "quarantined" before it's used for research by Facebook