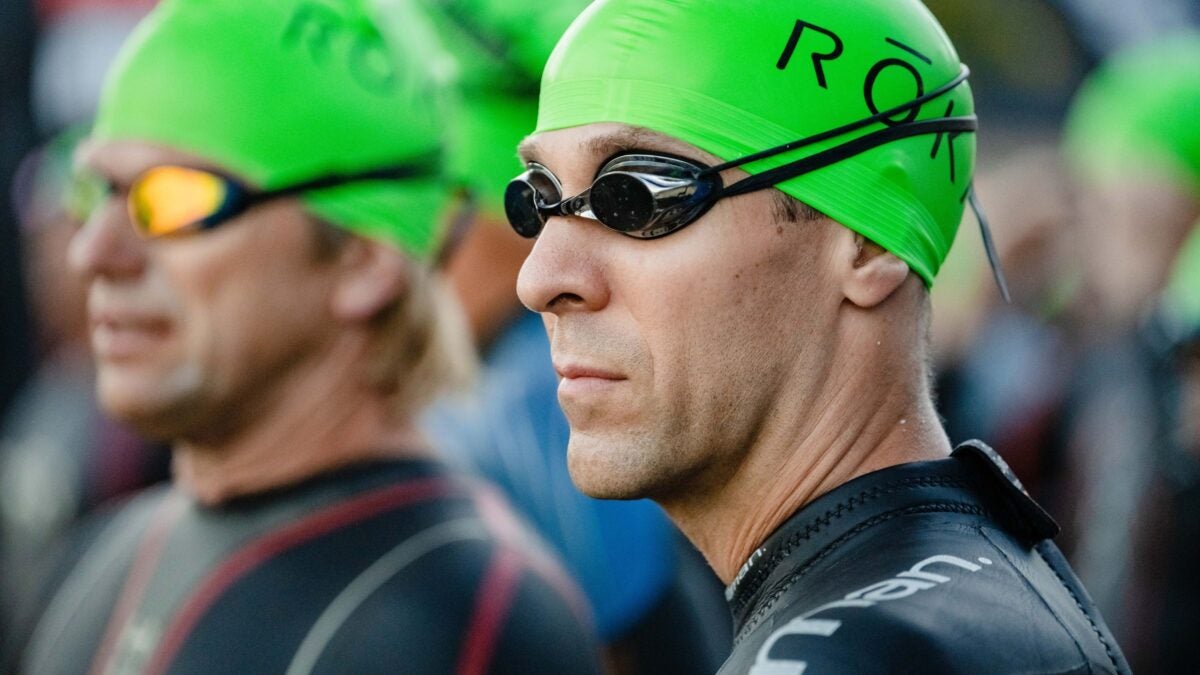 C looks a lot like me and a lot of my athlete friends (minus the Porsche), but is this a moment of “crisis?” Are we doing something wrong if we’re obsessed with triathlon and splurging on gear.

as a measuring stick, midlife refers to the time around the age of 38 when we find ourselves at the literal midpoint of our existence.

Dividing time between swimming, biking, and running works different muscle groups, beats boredom, and provides a challenge for folks who may have more experience in one sport than the other.

The triathlon community can be a supportive and fun way to meet like-minded people, especially in midlife when it can be difficult to make friends.

Paul Flannery sums up the appeal of sports like triathlon in a now-famous Medium article entitled, “Extreme Athleticism is the New Midlife Crisis” writing, “Extreme fitness is less about being young again and more about building yourself up for the years ahead.

The act of focusing on triathlon training for personal growth is revolutionary for those of us that may have felt a sense of duty to care for others or otherwise sacrifice personal time.

Suzy Ben Dori outlines how endurance sports like triathlon redefine women’s ideas of aging, since their physical capabilities increase at a time when they see a decrease in their non-athletic peers.

No matter the gender, there seem to be two general categories of midlife triathletes: those who have been involved in sport for most of their lives and those who were relatively sedentary before jumping into triathlon.Hilary Topper is in the category of triathletes who were drawn to the sport later in life.For some, stepping away from training as other obligations become more important in midlife is bittersweet.

Andrew Owen, a lifelong athlete, coach, and founder of the Life of Tri website and YouTube channel, says that starting a family a bit later in life has meant making different decisions about training.

At this stage, I decided to reduce my commitment to triathlon and consider short distances and maybe just one or two of the disciplines.” He admits to struggling to maintain fitness since his priorities have shifted for the time being but believes that accepting and adapting to change is the key to navigating this moment in life.

It may seem logical to shift attention away from triathlon as life presents different opportunities, but some of us reverse that idea and instead shift toward triathlon when life gets too complicated.

An avid listener of the Rich Roll Podcast, he suddenly felt angry with himself for always thinking that he would never experience life like the endurance athletes and adventurers featured on the show.

The most explosive flashpoint of midlife seems to be centered on physical fitness.

How well our bodies work, what we can or can’t do anymore, and how we look as we age become the salient topics for a population inundated with reminders that we are losing muscle mass, VO2 max, and sex appeal by the second. Research on fitness in midlife shows that those who exercise regularly are less likely to suffer from chronic diseases after the age of 70.

Suzan Ballmer, a former professional triathlete and award-winning coach with over 30 years of experience, believes that triathlon can be a keystone of the aging process–as long as we’re prepared to approach training differently.

Sometimes it takes giving myself a talking to, but I still get better and stronger each year.”It’s clear that triathlon has the power to make us feel physically invincible, but managing midlife successfully means feeling mentally bulletproof as well

It’s easy to make poor decisions about training, time, and finances from a need to overcompensate for perceived failures

The psychologist authors of the recently published book, Updating Midlife: Psychoanalytic Perspectives, suggest that any possible upheaval we experience in midlife may not just be due to an identity crisis, but a lack of adequate coping systems for that crisis