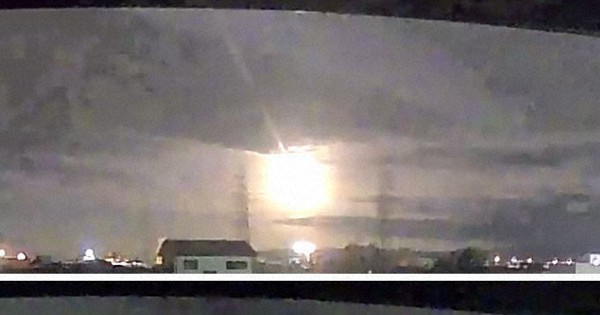 Nov 29, 2020 41 secs
The fireball, believed to be a bolide -- a type of shooting star often compared to a full moon for its brightness -- could be seen clearly from parts of western and central Japan.

A man in his 20s living in Gifu Prefecture was able to capture the shooting star on camera as it momentarily lit up the sky at around 1:35 a.m.

Takeshi Inoue, director of the Akashi Municipal Planetarium in Hyogo Prefecture, said that while shooting stars brighter than Venus are generally known as bolides, it is rare for them to be so bright

In July, a similarly bright shooting star was observed moving from southwest to northeast in the sky above Tokyo

The National Astronomical Observatory of Japan has said several fireballs are observed every month on average, but it is rare for people to hear anything