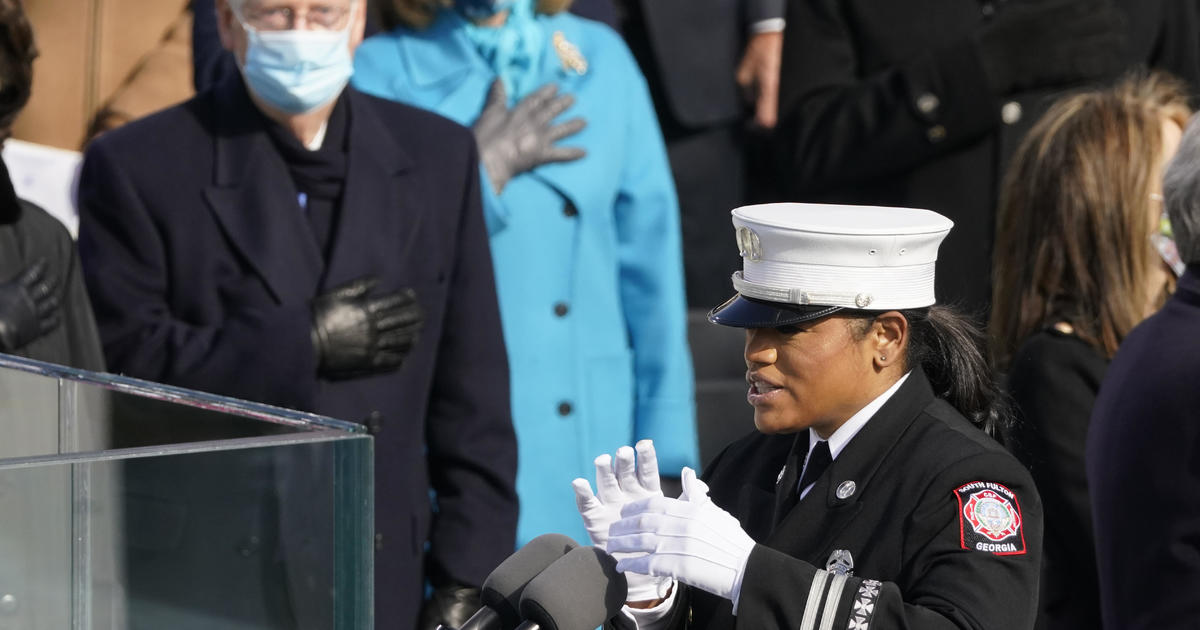 Jan 23, 2021 30 secs
When Georgia fire captain Andrea Hall delivered the Pledge of Allegiance on Inauguration Day, few people knew she would also do it in sign language.Hall said, "I really just wanted to pay homage to the deaf and hard of hearing community.Hall said that when she uses sign language, her words take on a special feeling.

"It's a very intimate," Hall said.

"It's just like if I spoke another language, like Spanish or French, when you have a native language that you speak.