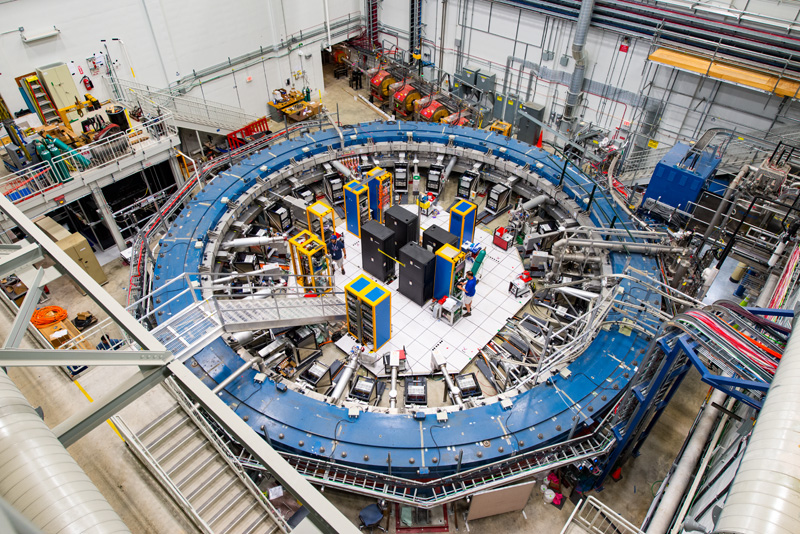 But if the quantum foam contains additional forces or particles not accounted for by the Standard Model, that would tweak the muon g-factor further.

But when the theorists calculate the same quantity, using all of the known forces and particles in the Standard Model, we don’t get the same answer,” said Renee Fatemi, a physicist at the University of Kentucky and the simulations manager for the Muon g-2 experiment.

The predecessor experiment at DOE’s Brookhaven National Laboratory, which concluded in 2001, offered hints that the muon’s behavior disagreed with the Standard Model.

The new measurement from the Muon g-2 experiment at Fermilab strongly agrees with the value found at Brookhaven and diverges from theory with the most precise measurement to date.

Together, the two results show strong evidence that muons diverge from the Standard Model prediction.

The combined results from Fermilab and Brookhaven show a difference with theory at a significance of 4.2 sigma, a little shy of the 5 sigma (or standard deviations) that scientists require to claim a discovery but still compelling evidence of new physics.The Fermilab experiment reuses the main component from the Brookhaven experiment, a 50-foot-diameter superconducting magnetic storage ring.“Pinning down the subtle behavior of muons is a remarkable achievement that will guide the search for physics beyond the Standard Model for years to come,” said Fermilab Deputy Director of Research Joe Lykken.