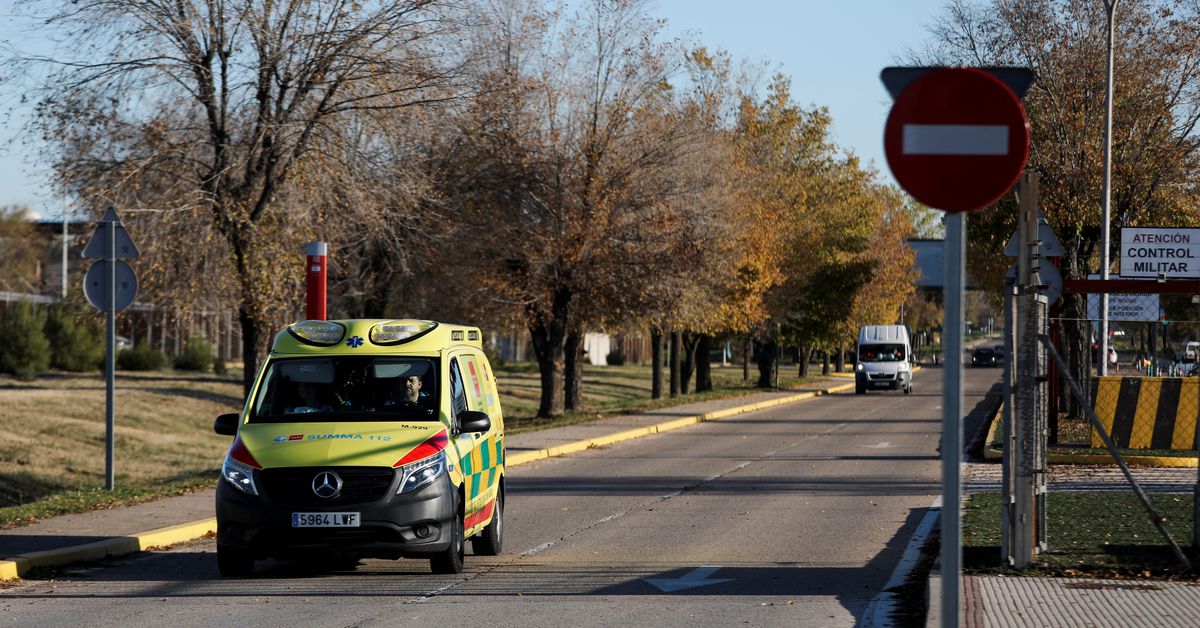 Embassy in Madrid on Thursday, the sixth such device sent to high-profile targets in a wave that prompted Spain to step up security and vow not to be deterred from supporting Ukraine.

Since Wednesday, similar devices have also been sent to the defence ministry, an air force base, a weapons manufacturer and the Ukrainian embassy - where a security officer was slightly injured.

On Wednesday, a package addressed to the Ukrainian ambassador to Spain detonated at the country's embassy as a security official investigated it, causing him to suffer minor injuries to his hands and a concussion.After the package sent to the Ukrainian embassy detonated, Ukrainian Foreign Minister Dmytro Kuleba ordered all of Kyiv's embassies abroad to "urgently" strengthen security.[1/10] A ambulance is seen coming out of the Air Force base of Torrejon de Ardoz after a suspected explosive device hidden in an envelope was mailed to the base, in the wake of two others sent to targets connected to Spanish support of Ukraine, amidst Russia’s invasion of Ukraine, outside Madrid, Spain December 1, 2022.

One device had been kept intact for investigative purposes, Perez said, while the others were detonated by the security forces in controlled explosions.

5 McCarthy hopeful after first meeting with Biden on debt limit: 'I think that at the end of the day, we can find common ground' - CNN

7 This winter's U.S. COVID surge is fading fast, likely thanks to a 'wall' of immunity - WUSF Public Media