Flashing meteor that exploded over Norway landed somewhere in a nearby forest - Space.com 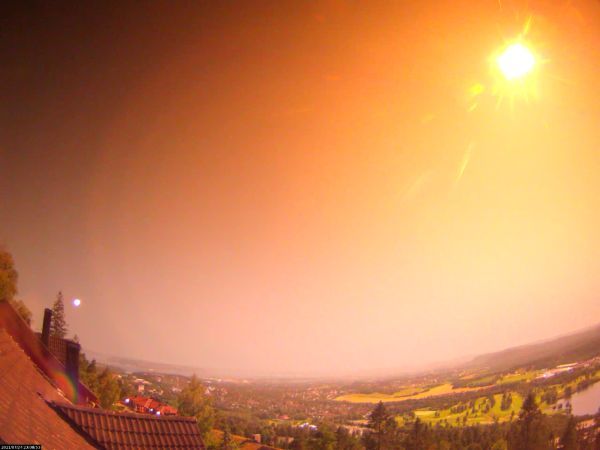 Jul 27, 2021 1 min, 13 secs
The hunt for fragments of an "unusually large meteor" that lit up the skies over Norway on 25 July has begun.Footage shows the fireball from the meteor streaking across the sky in a trail of bright flashes at around 1 a.m.The rumbling of the meteor startled numerous residents and led to calls to Norwegian emergency services, though no injuries or damage have been reported yet, the Norwegian police said.Â .The Norwegian Meteor Network (NMN), a group that monitors meteor activity in the country, has analyzed video footage of the extraplanetary visitor's trajectory to pinpoint its landing site, which the group believes to be somewhere in Finnemarka forest, located 40 miles (60 kilometers) from Oslo.Â .The NMN conducted a search for fragments from the meteor Sunday morning and into the afternoon.

Much like bigger space rocks, called asteroids, they are leftovers from the formation of the planets.

—Photos: Fireball meteor over Chelyabinsk, Russia!The blazing rock that rumbled and flashed above Oslo was a special type of meteor called a "fireball" meteor, defined as any meteor emitting light of an intensity equal to or greater than that of Venus in the night sky, according to the American Meteor Society (AMS).

As the space rocks enter the atmosphere at speeds far exceeding the sound barrier, they also cause a sonic boom, which is likely the cause of the explosion heard by Oslo residents.