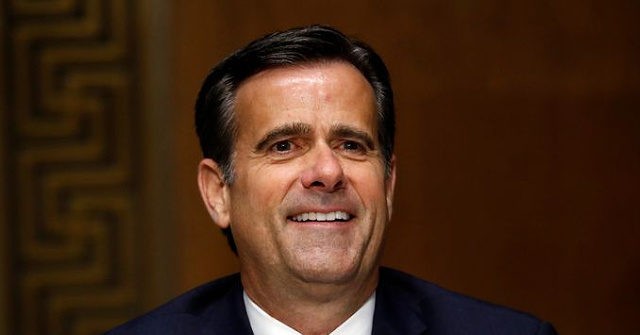 “You mentioned Jim Comey – you have an FBI director who has admitted that Donald Trump was treated differently under the law than Barack Obama and Democrats.”.“Remember you had an FBI director in Jim Comey – you talk about disparity of treatment, wrote an exoneration memo two months before he interviewed Hillary Clinton, knowing that Hillary Clinton had dozens of classified, sensitive compartmented information in her possession before other witnesses were interviewed, and wrote a memo clearing her,” Ratcliffe continued.

“That very same FBI director Jim Comey, on his book tour, admitted I did things to Donald Trump that I never did on Barack Obama or would have tried.

4 Why you shouldn't expect age limits for politicians anytime soon

13 The MAGA agenda, denounced by Democrats, makes sense to many Americans

15 DOW plunges amid fears of a recession

1 Exclusive — McCarthy: ‘Every Means Possible’ on Table for GOP to Roll Biden with Leverage

3 'My Son Hunter' Star Laurence Fox on Bannon's 'War Room': 'It's Absolutely Appalling That This Drug Addict Is on a Plane with His Father Selling America's Future to the Chinese'

4 Report: Americans Lost over $4K in Annual Income Thanks to Joe Biden

6 Gingrich: Biden Administration May Be 'Most Disastrous' Since Buchanan

7 Kevin McCarthy: 'Commitment to America' Is a 'Plan for a New Direction'

11 Worse to Come: Bank of America Expects Unemployment to Soar to 5.6% Next Year

15 Exclusive—Rep. Steve Scalise: House Republicans Have a Plan to Save America

16 Survey: 68% of Americans Felt Safer 2 Years Ago with Trump in Office

3 Night owls may be more prone to heart disease and diabetes, study finds - The Guardian

4 HPD: 2-year-old found dead inside stolen vehicle after father shot to death during meetup; suspect on the run - KHOU.com

10 US adults should get routine anxiety screening, panel says - KSL.com

13 Biden is wrong. The pandemic isn't over for disabled Americans.