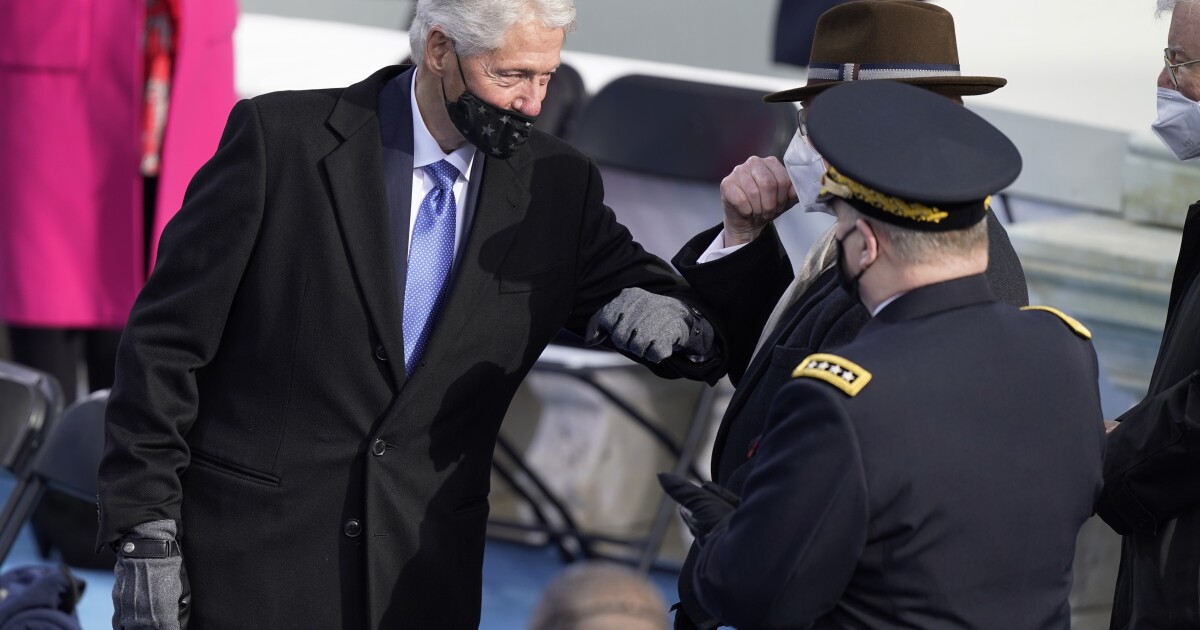 Oct 17, 2021 57 secs
Former President Clinton is expected to be released from an Orange County hospital on Sunday after spending nearly a week there because of an infection, a spokesman said.

He will remain overnight at UC Irvine Medical Center to continue to receive IV antibiotics before an expected discharge tomorrow,” spokesman Angel Ureña said on Saturday.

The trio spent time together, and the former president also spoke with friends and watched college football, Ureña said.

The 75-year-old former president was in Southern California this week — his first trip to the West Coast since the pandemic hit — to speak at a Clinton Foundation reception and dinner on Thursday.

Clinton is being housed in the intensive care unit as a precaution because of the pandemic, an aide said.

Ureña said that though the infection had entered Clinton’s bloodstream, he never developed sepsisThe former president has been receiving intravenous antibiotics and fluids since Tuesday and remained hospitalized through the weekend to continue that treatment, Ureña said