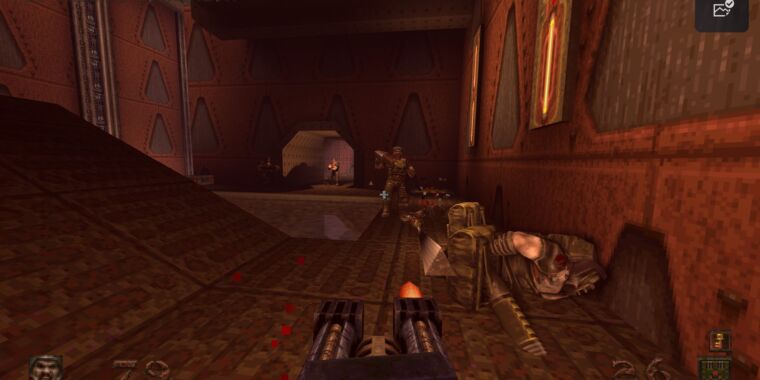 Oct 13, 2021 1 min, 6 secs
Announced Tuesday on Bethesda's blog, id Software's classic first-person shooter is now available for PS5 and Xbox Series X/S to owners of the game on PS4 or Xbox One, following the game's surprise release at QuakeCon in August.Bethesda even surprised fans with some excellent bonuses, like a brand-new episode from Wolfenstein developer MachineGames, Nine Inch Nails' original unsettling soundtrack (missing for years from the only modern version of the game available), and—maybe best of all—Quake 64, complete with a beautiful lo-fi filter to recreate an impressively authentic-feeling CRT effect in high-def.We should note that we didn't test all of the available weapons, so it's possible some of the later explosive ones yield more trigger resistance; the drawback of the PS5 game is that you can't transfer save data from the PS4 version, so you'll have to start over without access to your full arsenal if you were playing on PS4 before.The Xbox Series X/S versions do allow save transfers, and the game is Xbox Play Anywhere-compatible, which is a nice consolation prize.If you don't already own Quake on PS4 or Xbox One, you can pick up the next-gen versions of the game from the PlayStation Network or Xbox stores for $10.