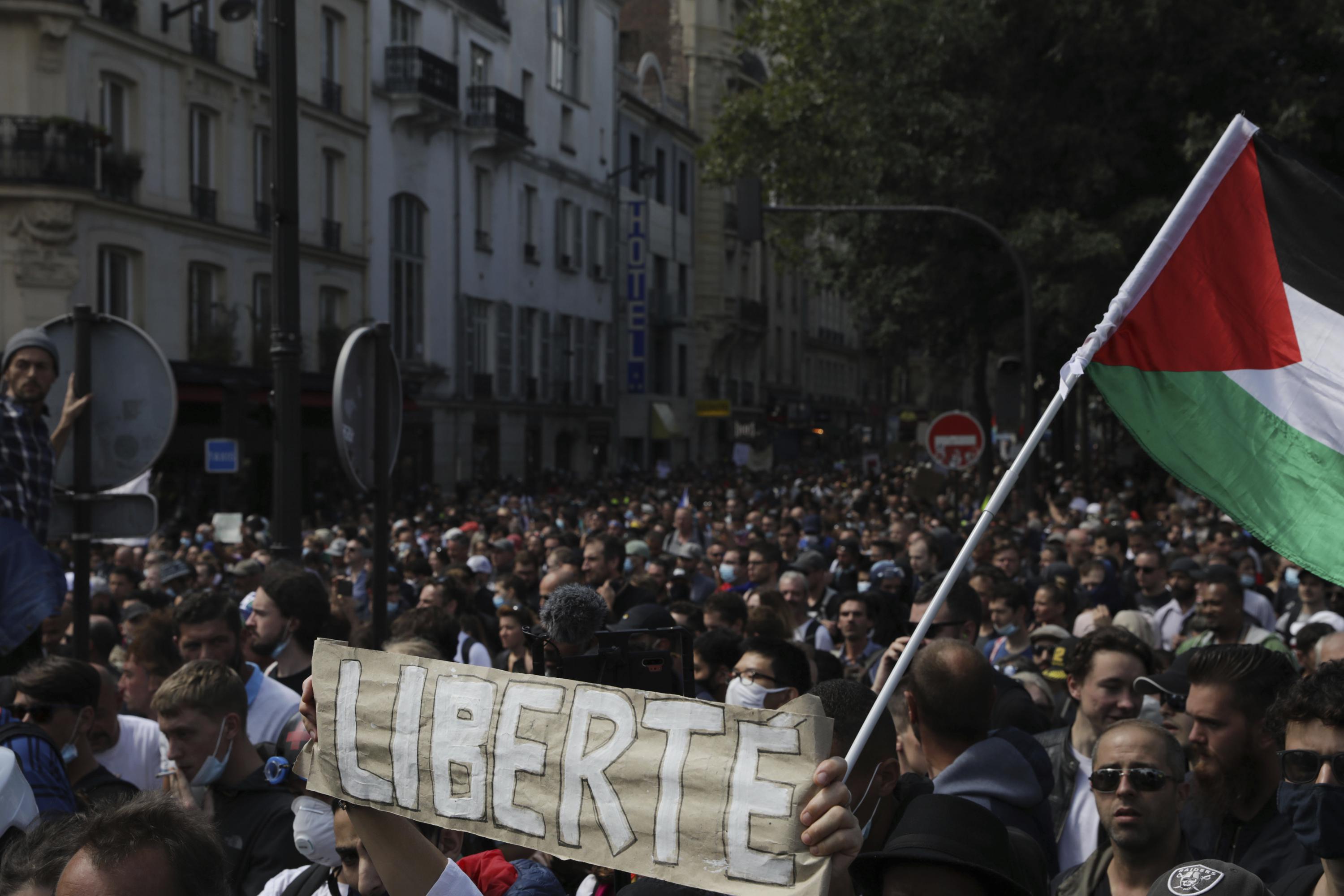 Jul 31, 2021 46 secs
PARIS (AP) â€” Thousands of people protested Franceâ€™s special virus pass by marching through Paris and other French cities on Saturday.Some 3,000 security forces deployed around the French capital for a third weekend of protests against the pass that will be needed soon to enter restaurants and other places.With virus infections spiking and hospitalizations rising, French lawmakers have passed a bill requiring the pass in most places as of Aug.

Polls show a majority of French support the pass, but some are adamantly opposed9

As marchers headed eastward and some pelted police with objects, police fired tear gas into the crowds, plumes of smoke filling the sky.

But Florian Philippotâ€™s new cause, against the virus pass, seems far more popular.