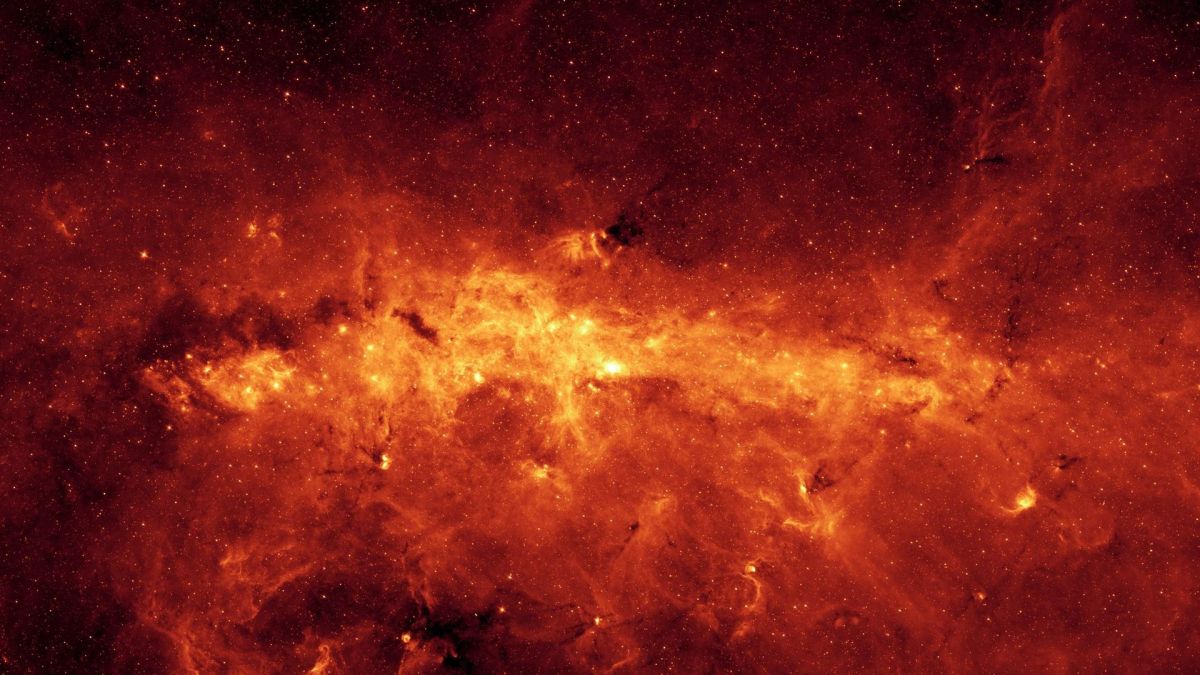 Where are all the galaxy's dead stars hiding?

Using a computer simulation, the team modeled the initial positions of millions of stars in the early Milky Way (long before its iconic spiral arms developed), then hit a cosmic fast-forward button to show where the shriveled remains of those stars may have ended up after going supernova.

The resulting map revealed a "galactic underworld" of black holes and neutron stars (two forms of extremely dense stellar remnants), which lurks in every corner of the Milky Way — and far beyond it as well.

According to the researchers, the galactic underworld stretches more than three times the height of the Milky Way itself, while as many as one third of the galaxy's dead stars have been jettisoned deep into space by the force of their own end-of-life explosions, never to return.

In their research, the team focused on two types of stellar remains: neutron stars — ultra dense stellar cores that pack a sun's worth of mass into a ball no wider than a city — and black holes, which are enormous objects so dense that not even light can escape their gravitational pull.Astronomers have detected both classes of stellar remains in our galaxy, though not nearly enough to account for the billions of dead stars in the Milky Way's past.

Finding these ancient remains is tricky for two main reasons: one, the Milky Way has changed shape significantly over the past 13 billion years, meaning the galactic underworld does not neatly overlap with the current distribution of stars in our galaxy; and two, stars that die via supernova can be "kicked" great distances in random directions by the force of the explosion, ending up on the fringes of the galaxy or lost to intergalactic space.

The remainder of the dead stars are scattered wildly to all sides of the galaxy, in clear defiance of the spiral-shaped distribution of stars visible today.

"These compact remnants of dead stars show a fundamentally different distribution and structure to the visible galaxy," Sweeney added.

3 Magnificent ring of stars captured by Hubble is the result of two galaxies in head-on collision - Livescience.com

5 Fungi that cause lung infections may be lurking in the soil of most US states - Livescience.com

6 Eerie green fireball detected hours before smashing into Lake Ontario in the dead of night - Livescience.com

5 Two Black Holes Met by Chance, And It Created Something Never Seen Before - ScienceAlert

9 'You handled that thing for 4 years': Woman says boyfriend asked her to Venmo him $7 for cold medicine he bought her - msnNOW

11 Young & Restless: Danger is Coming for Diane and Ashley — Plus, Trouble Ahead for Sally - Soaps.com

15 ‘The Masked Singer’ Reveals Identities of the Scarecrow and Sir Bugaboo: Here’s Who They Are - Variety