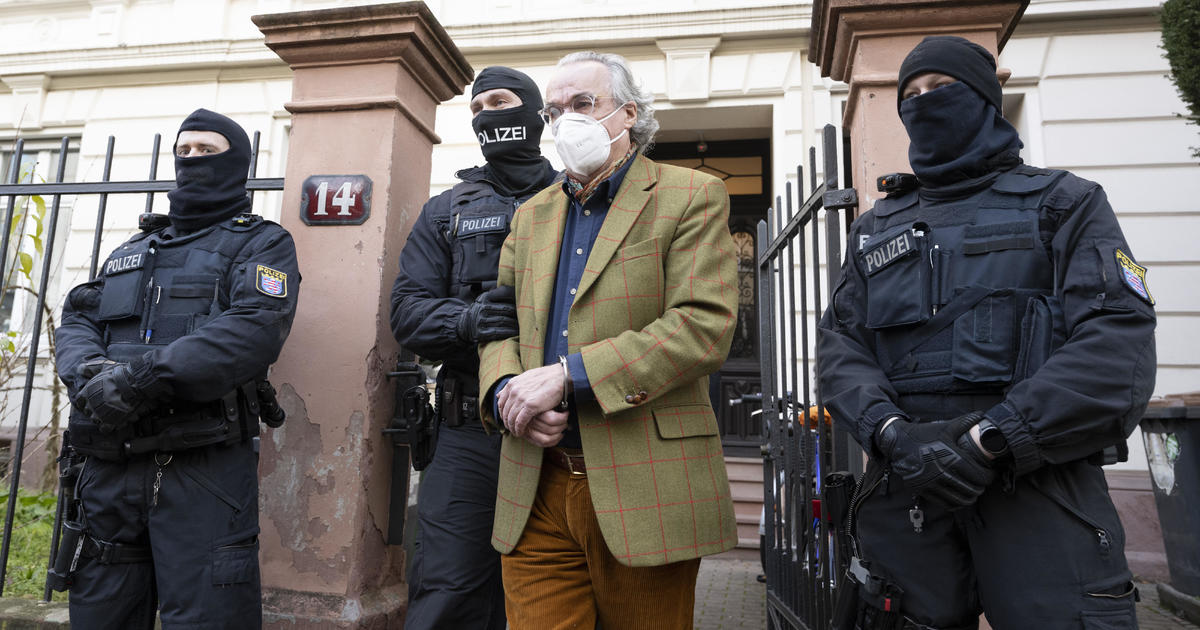 The group targeted in about 130 raids across Germany was described by prosecutors as being influenced by QAnon conspiracy theories and espousing a doctrine similar to that of far-right groups in the U.S.Germany's Federal Prosecutor General is now investigating the suspected right-wing terror group, which calls itself Reichsbürger, for allegedly planning an attack on the Bundestag, Germany's parliament, as part of a violent coup to overthrow the government.The investigators' trail leads to a member of a former Germany royal family as the purported figurehead, a former parliamentarian from the far-right AfD political party, and of particularly concern to the investigators, to former members of the German military's special forces.Current members of Germany's special security services struck in the early hours of Wednesday morning, in what was a potentially dangerous series of raids.While only 25 people were detained, the Federal Prosecutor's Office has accused around 50 men and women of forming a terrorist organization with the intent of eliminating the constitutional order of the Federal Republic of Germany and establishing a new state modeled on the German Reich of 1871.Because a significant number of the group's alleged members are former soldiers of the Germany armed forces, including special forces, it has been treated as a particularly dangerous organization.Given the security concerns, in addition to task forces from the Federal Police's antiterrorism unit GSG 9, officers from several special forces (SEK) of the German states were also deployed to carry out the arrests and ensure security during searches.Reuss was earmarked by the Reichsbürger terror group targeted in Wednesday's raids to become the new state regent after its takeover of the country, investigators said.One of the leading suspects swept up in the raids was Rüdiger von P., who commanded a German paratrooper battalion in the early 1990s until it was absorbed into the then-newly-founded national commando special forces (KSK).

8 Sundance 2023: The Hits, Highlights, and Potential Oscar Contenders - The Ringer