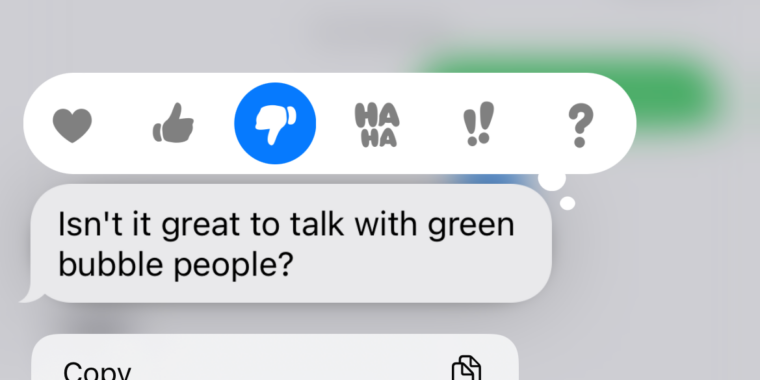 Nov 22, 2021 57 secs
Putting aside the lack of end-to-end encryption support, one of the most annoying things for Apple iPhone users about communicating with Android users via SMS are all the iOS features that get lost in translation.

On Android phones, each individual Tapback generates an entirely new block of text with a text description of the reaction and the entire original text.

A new update to the Google Messages app, which was spotted over the weekend by 9to5Google and appears to be rolling out to some Android users now, fixes that issue by translating Tapback responses into emoji responses.

Android devices using the Messages app have been able to send each other emoji responses for over a year now, but this is Google’s first attempt to map Apple’s response mechanism to its own.