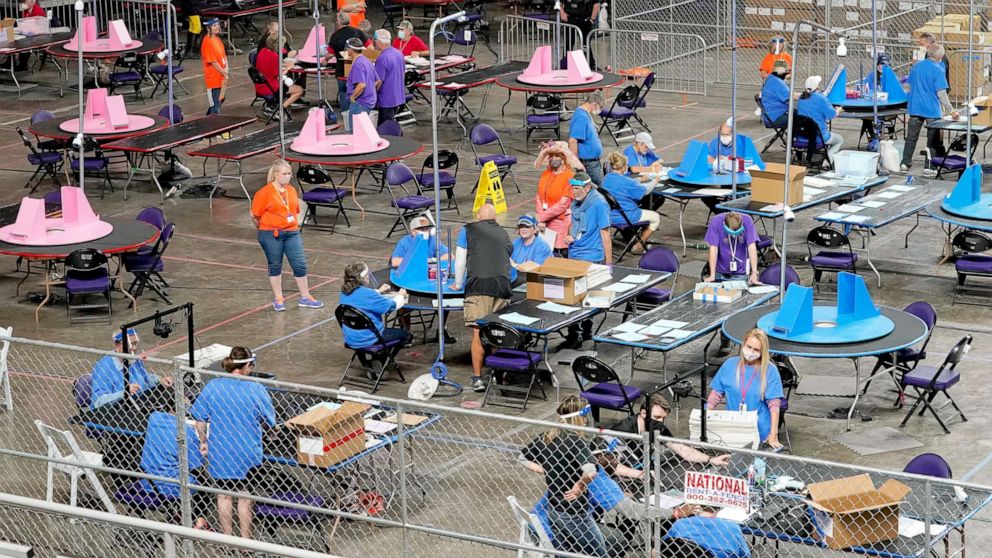 Sep 24, 2021 1 min, 33 secs
Nearly 11 months after Joe Biden was elected president, the GOP-led review of Arizona's Maricopa County ballots has found no substantial deviation from the vote count reported by the county that helped clinch the win for Biden.When those failed, the state Senate contracted a private company to conduct a review of its own, which has now ultimately found similar results to the vote counts reported by Maricopa County, officials said during their presentation.

Despite the Senate result showing similar numbers to the county's official canvass, Trump falsely claimed the audit showed "incomprehensible Fraud at an Election Changing level.".Maricopa County Chairman Jack Sellers, a Republican who was critical of the partisan review process, said after a draft report began circulating Thursday night that the results were not surprising."You donâ€™t have to dig deep into the draft copy of the Arizona Senate/Cyber Ninja audit report to confirm what I already knew â€“ the candidates certified by the Maricopa County Board of Supervisors, Governor, Secretary of State and Attorney General â€“ did, in fact, win," Sellers said in a statement.Since the beginning of the review, election experts have warned that the process was flawed and results would not be trustworthy given the unscientific manner the review was conducted.Secretary of State Katie Hobbs, a Democrat running for governor who fought to allow official election observers in to watch the review process, wrote a prebuttal of her own, saying the partisan review does not meet the standard definition of an "audit."

Because of these failures, any findings or report issued by Cyber Ninjas, or the state senate, based on the information collected using these faulty and inconsistently applied procedures and processes, should not be considered trustworthy or accurate," she said