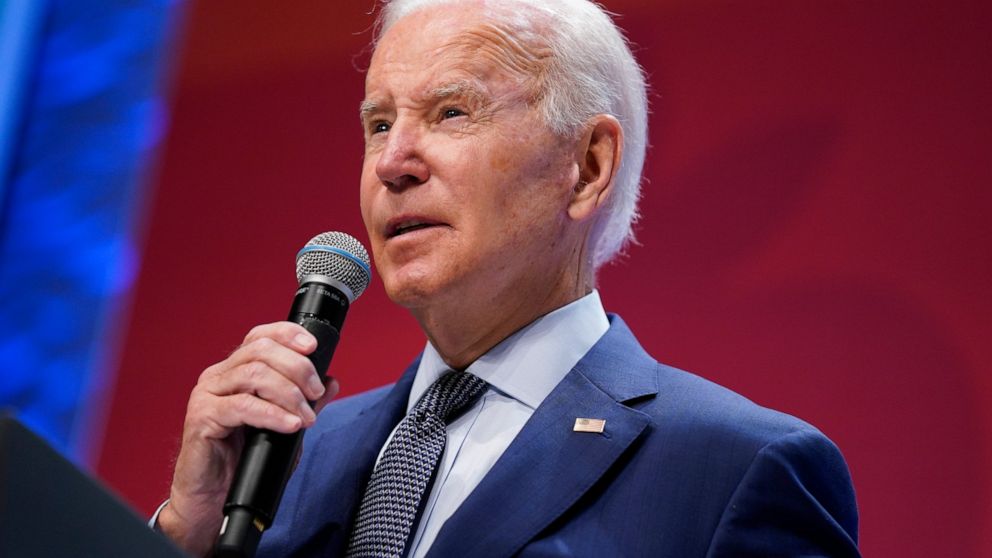 Six Republican-led states are suing the Biden administration to try and halt its plan to forgive student loan debt for millions of Americans.WASHINGTON -- Six Republican-led states are suing the Biden administration in an effort to halt its plan to forgive student loan debt for tens of millions of Americans, accusing it of overstepping its executive powers.It’s at least the second legal challenge this week to the sweeping proposal laid out by President Joe Biden in late August, when he said his administration would cancel up to $20,000 in education debt for huge numbers of borrowers.In the lawsuit, being filed Thursday in a federal court in Missouri, the Republican states argue that Biden's cancellation plan is “not remotely tailored to address the effects of the pandemic on federal student loan borrowers,” as required by the 2003 federal law that the administration is using as legal justification.The administration has long said it was confident the forgiveness program would survive court challenges.Biden’s forgiveness program will cancel $10,000 in student loan debt for those making less than $125,000 or households with less than $250,000 in income.The administration also said it would extend the current pause on federal student loan repayments — put on hold near the start of the pandemic more than two years ago — once more through the end of the year.Another lawsuit against Biden’s student loan program was filed this week in an Indiana federal court by the Pacific Legal Foundation, a libertarian legal advocacy group that employs a lawyer who says he would be harmed by the forgiveness plan.