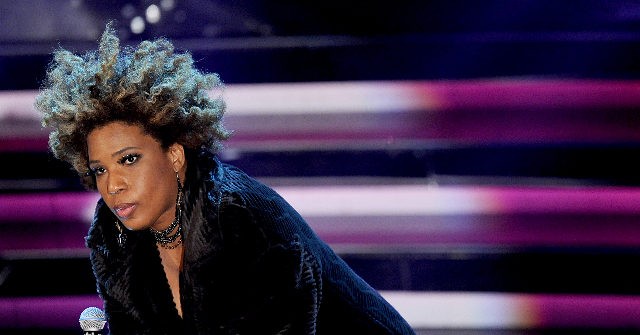 Jun 18, 2021 48 secs
Grammy-winning singer Macy Gray bashed the American flag as “tattered, dated, divisive, and incorrect” in an op-ed published a day before Juneteenth.In a Thursday op-ed, the “I Try” singer said the American flag has been “hijacked as code for a specific belief.”.

It’s time for a new flag,” Gray wrote before detailing her specific grievances with the existing flag.

The stripes on the American flag, Gray said, are also problematic.“What if the stripes were OFF-white.

What if the flag looked like this?” she asked, providing an image showcasing an American flag-esque design featuring gray stripes and 52 stars in multiple skin tone colors.

Still, Macy Gray is not the only Hollywood celebrity bashing America in recent days!We aren’t great – we aren’t even mediocre – we’re fucking awful – full of cowards and corporate whores – Boeing gets to take out tax dollars – parade our soldiers – wrap themselves in the flag – while financially backing fascists

We have no leaders – no soul –