Herpesviruses steal one cell’s protein, use it to infect another - Ars Technica 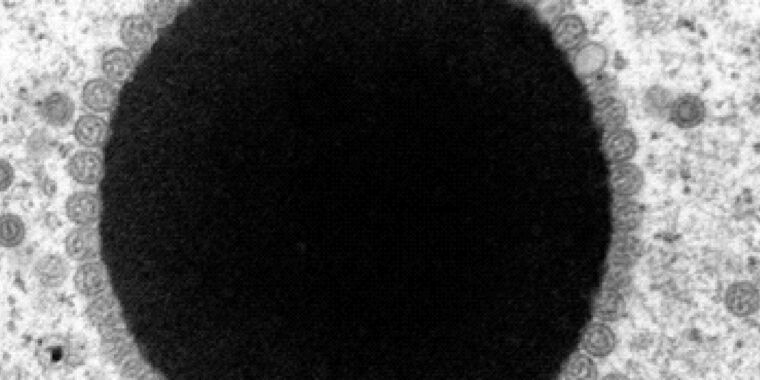 Nov 21, 2021 1 min, 23 secs
A host cell will often copy viral genes into RNAs and then translate those RNAs into proteins, for example.

Typically, a mature virus that's ready to spread to another cell has little more than viral proteins, the virus's genetic material, and maybe some of the host's membrane.

Members of the herpesvirus family appear to latch on to a protein in the first cell they infect and then carry this protein along with them to the next cell.

The virus encodes a protein that's incorporated into its shell, and it has the ability to latch on to one of the motors.

In the new study, a group of US-based researchers was looking at the protein the virus uses to hitch a ride on the motor proteins.Turning to the viral gene that encodes this protein, they made mutations that eliminated its ability to grab on to kinesin. Viruses carrying these mutations were no longer able to spread once they infected a cell.To get a better sense of what was going on, the researchers grew the virus in nerve cells that lacked kinesin.

The explanation for this difference: the virus actually carries kinesin with it from the first cell it infects.

They then showed that cells infected with the virus would also change color, indicating that the virus could carry the tagged kinesin into the cells.

One of its own proteins can latch on to a motor that carries the virus down a nerve system's axon and gets it near the nucleus.