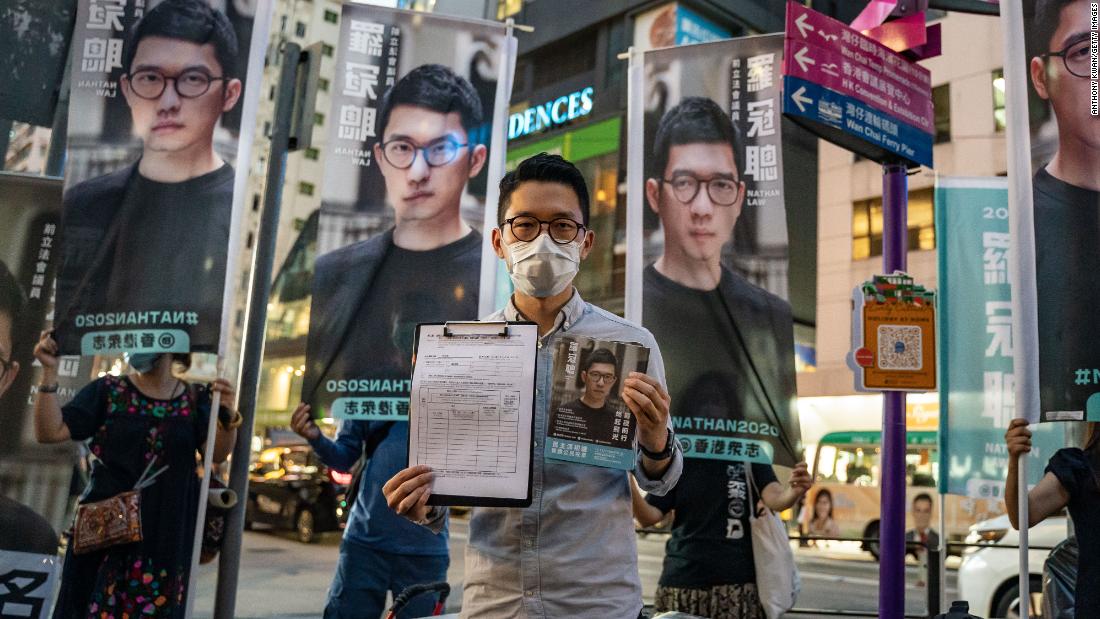 Aug 01, 2020 1 min, 45 secs
In response to a CNN request for comment, a Hong Kong Police spokesperson said the "police do not comment on media reports."

US national Chu, who is the managing director of the Hong Kong Democracy Council, a Washington DC-based advocacy group promoting freedom and autonomy for Hong Kong, appears to be the first known non-Hong Kong citizen to be targeted under the new security law.

In a statement posted online, the United States China Commission, a congressional-executive body that monitors human rights and the rule of law in China, called on the Hong Kong government to repudiate the warrant and for the United Nations to begin urgent talks on the national security law and the deteriorating human rights conditions in Hong Kong.

The Hong Kong government has defended the law as necessary to protect national security, and promised that it would only affect a tiny number of people.

"The national security law is a crucial step to ending chaos and violence that has occurred over the past few months," Carrie Lam, the city's chief executive, said in July.

The legislation is lawful, constitutional and reasonable."

On Friday the Hong Kong government announced the poll, that was set to take place in September, would be delayed for one year citing concerns over the city's continuing coronavirus outbreak.

Wong accused the Hong Kong government of applying the law retroactively, saying "The only reason why I was sought for 'incitement to secession and collusion with foreign forces ' must be based on my activities before the NSL is in force."

The city's leader Lam and other Hong Kong officials have repeatedly said the law will "have no retrospective effect."

Laus, who said in a Facebook post that he is in the UK, called the arrest warrant "political persecution" and said he will "continue to express my political opinion freely." He called on the international community to "impose sanctions" on the Hong Kong and Chinese governments, including Chinese President Xi Jinping.