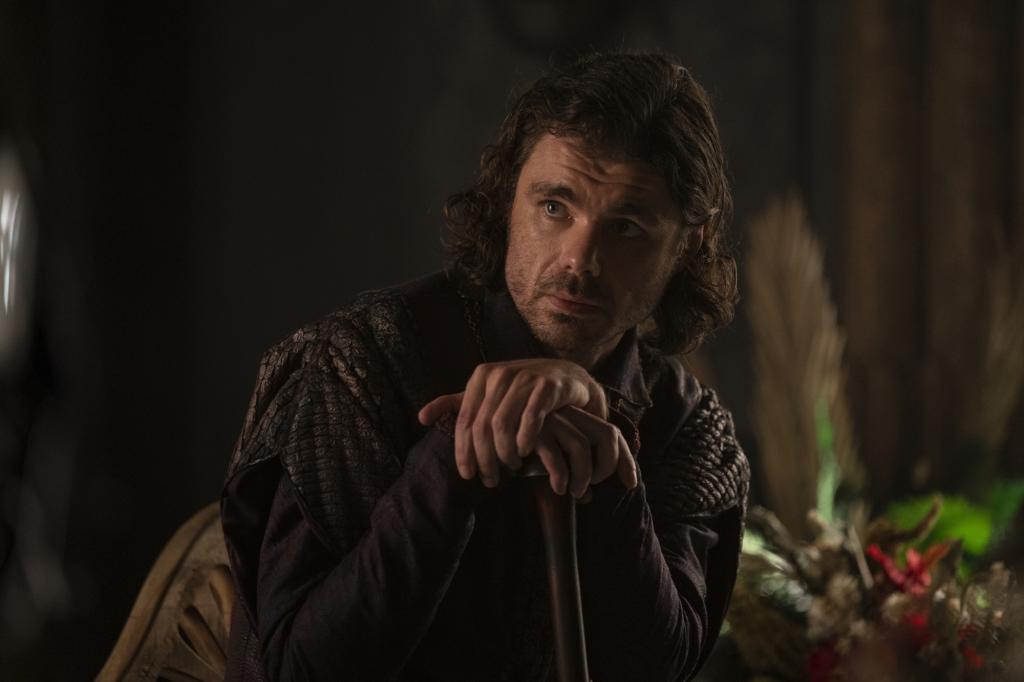 Princess Rhaenyra and Queen Alicent are played by new actresses (Emma D’Arcy and Olivia Cooke, respectively)?Larys Strong (Matthew Needham) is the brother of Harwin Strong (a knight who’s not so secretly the biological father of Rhaenyra’s three sons, since she has an open relationship with her gay husband).The son of Lyonel Strong (the Hand of the King who replaced Otto Hightower, after the King fired him in the fourth episode), Larys has a club foot, so he doesn’t participate in traditionally male activities.This meant that when Alicent was trying to defend Rhaenyra from rumors about her sex life, Rhaenyra lied to her (when she swore that she didn’t do anything).Now, in this sixth episode, after Larys’ dad Lyonel and brother Harwin leave court (because of the rumors about Harwin fathering Rhaenyra’s sons), they die in a fire that’s set by assassins.Earlier in the episode, Alicent talks about wishing that her father Otto Hightower was at court with her, since he would speak the truth to the King when nobody else is willing to, and he’d also be on her side against Rhaenyra.So, Larys is such a villainous schemer that he’s willing to arrange the murders of his own father and brother, just to curry favor with Queen Alicent.

But by the end of this episode, it’s clear that Larys Strong has emerged as a Petyr Baelish-type of villain who’s lurking in the shadows, waiting to strike when everyone least expects it.