How did California go from the epicenter of the US pandemic to the lowest statewide transmission rate? - ABC News 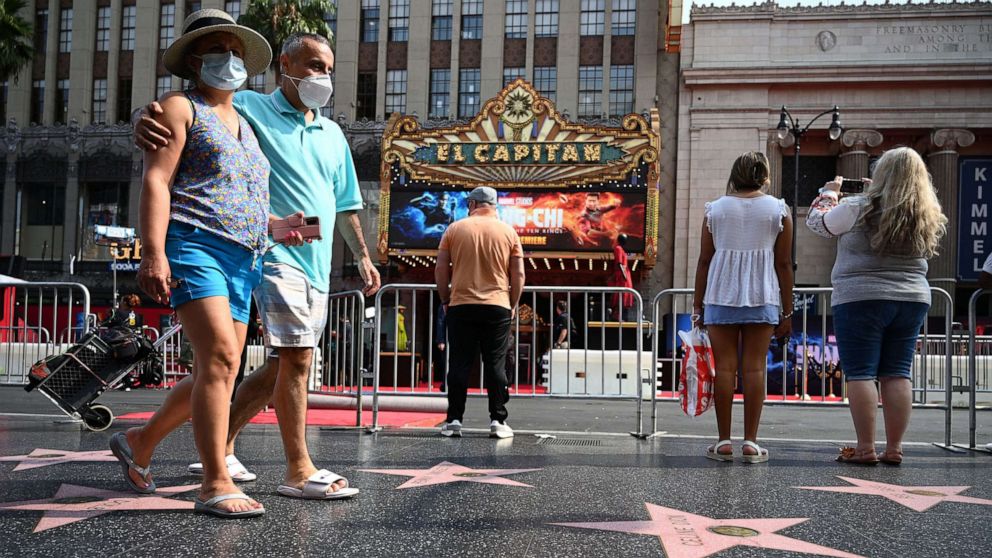 Oct 24, 2021 1 min, 31 secs
The state has some of the strictest vaccine mandates and masking policies.With the lowest COVID-19 infection rate among all states as of Friday, California, which has some of the strictest mask and vaccination mandates in the country, has managed to flip the script as the former U.S."They've been very much forward-thinking in terms of policies around vaccination requirements and mandates," said epidemiologist Dr.As of Friday evening, California had an infection rate of 61.1 cases per 100,000 over the past week, according to data from the Centers for Disease Control and Prevention.

A rate of at least 100 cases per 100,000 is labeled as "high." Montana, Wyoming, Idaho and Alaska, as of Friday, had the highest rates over the previous seven days, with each above 450 cases per 100,000 people.Being the first state to announce a COVID-19 vaccine requirement for schools, California has some of the strictest mandates in the U.S.Given that vaccines are the most powerful tool we have in curbing the spread of COVID-19, experts said they believe California's emphasis on immunizations has provided big dividends.

have since shown high effectiveness in preventing death due to COVID-19, and as of Friday, California boasted the lowest death rate in the country, with 0.3 per 100,000 over the previous week.