How did the moon form? A supercomputer may have just found the answer - Livescience.com

How did the moon form? A supercomputer may have just found the answer - Livescience.com 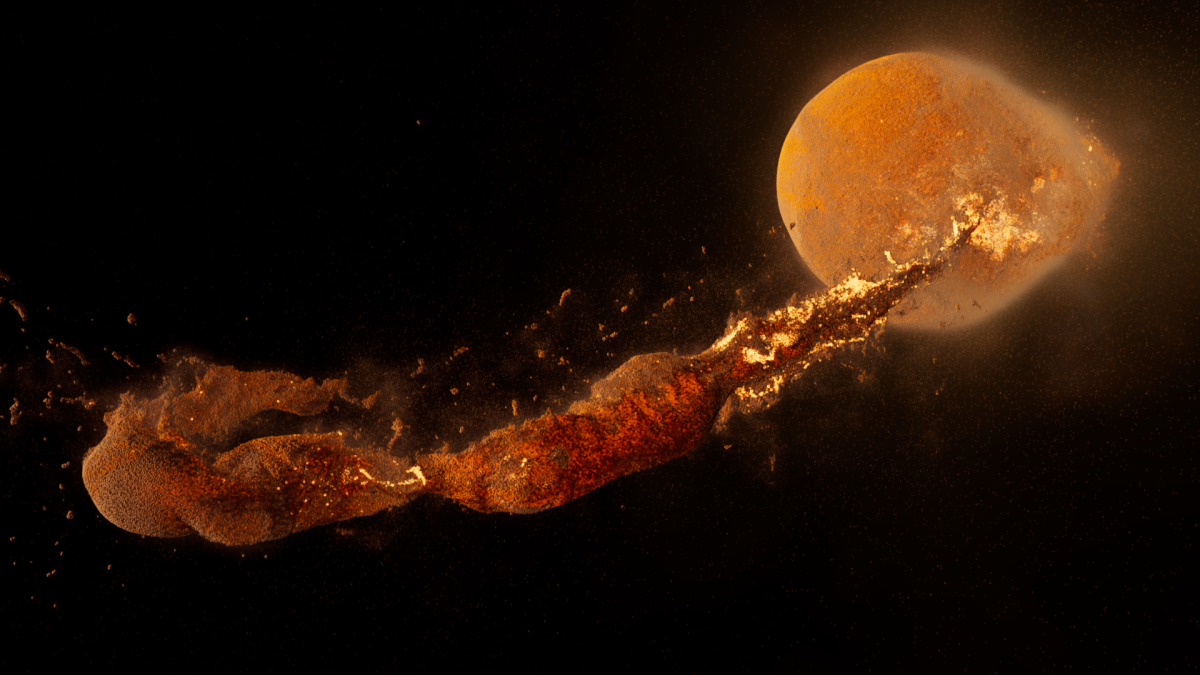 The moon could have formed in just a few hours.The moon could have formed immediately after a cataclysmic impact that tore off a chunk of Earth and hurled it into space, a new study has suggested.Since the mid-1970s, astronomers have thought that the moon could have been made by a collision between Earth and an ancient Mars-size protoplanet called Theia; the colossal impact would have created an enormous debris field from which our lunar companion slowly formed over thousands of years.But a new hypothesis, based on supercomputer simulations made at a higher resolution than ever before, suggests that the moon's formation might not have been a slow and gradual process after all, but one that instead took place within just a few hours.Other clues point to our largest natural satellite being birthed by a violent collision between Earth and a hypothetical planet, which scientists named after the mythic Greek titan Theia — the mother of Selene, goddess of the moon.

One outstanding question is why, if the moon is mostly made out of Theia, do many of its rocks bear striking similarities to those found on Earth.

Some scientists have suggested that more of Earth's vaporized rocks went into creating the moon than Theia's pulverized remnants did, but this idea presents its own problems, such as why other models suggest that a moon made mostly of disintegrated Earth rocks would have a vastly different orbit than the one we see today. .

To investigate different possible scenarios for moon formation following the collision, the new study's authors turned to a computer program called SPH With Inter-dependent Fine-grained Tasking (SWIFT), which is designed to closely simulate the complex and ever-changing web of gravitational and hydrodynamic forces that act upon large amounts of matter?The higher-resolution simulation left the researchers with a moon which formed in a matter of hours from the ejected chunks of Earth and the shattered pieces of Theia, offering single-stage formation theory that offered a clean and elegant answer to the moon's visible properties, such as its wide, tilted orbit; its partially molten interior; and its thin crust. .

"Missions and studies like these and many others steadily help us to rule out more possibilities and narrow in on the actual history of both the moon and Earth, and to learn more about how planets form throughout and beyond our solar system.".

"The more we learn about how the Moon came to be, the more we discover about the evolution of our own Earth," study co-author Vincent Eke, an associate professor of Physics at Durham University, said in a statement.

1 How to Find Your Spotify Wrapped 2022 - Billboard

2 Rail workers speak out after Biden forces unions to accept deal: 'He turned his back' - Fox Business

3 'Frightful' never-before-seen tyrannosaur might be the 'missing link' in T. rex evolution - Livescience.com

12 Douglas Murray: GOP must get behind Ukraine to defeat Putin | Fox News Video

13 Road rage stunner: 2 in 3 drivers keep a weapon in their car - Study Finds