How the Delta variant changed the course of the COVID-19 pandemic - Aljazeera.com 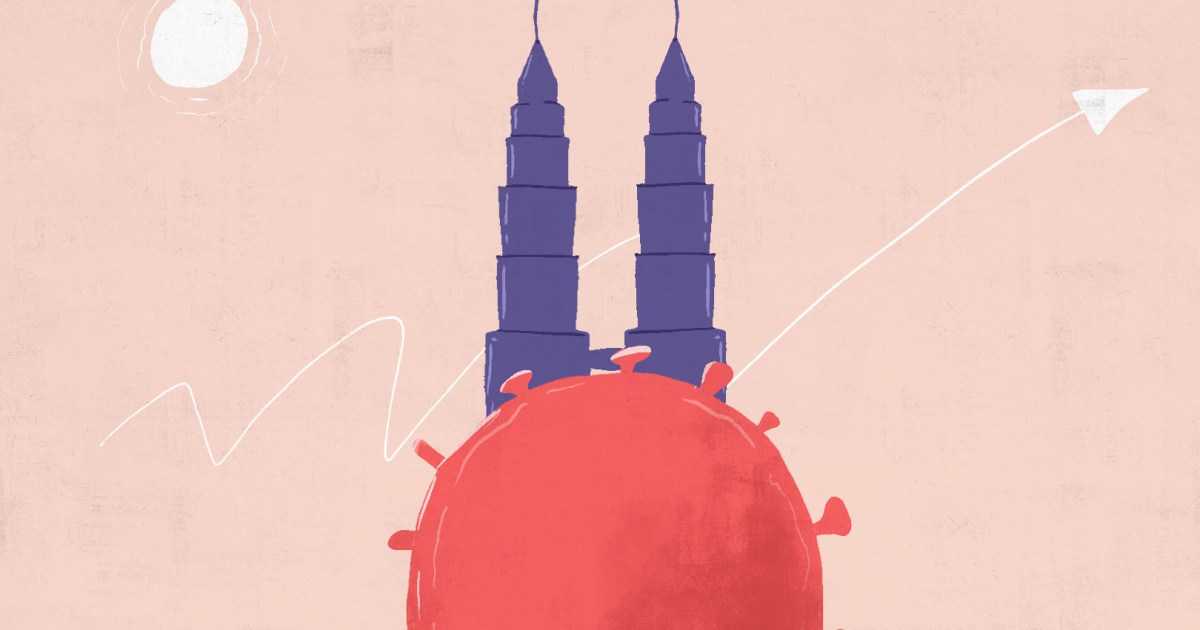 Jul 27, 2021 3 mins, 32 secs
According to a Public Health England study published on May 22, a single dose of either Oxford-AstraZeneca’s or Pfizer-BioNTech’s vaccine only reduces a person’s risk of developing COVID-19 symptoms caused by the Delta variant by 33 percent, compared to 50 percent for the Alpha variant.

The US is also grappling with a rise in cases attributed to the Delta variant, with the Centers for Disease Control and Prevention (CDC) reporting on July 21 that the Delta variant now accounts for 83 percent of new cases of COVID.

And all three of those are increasing again, with new COVID cases on the rise in all 50 states.

The World Health Organization’s (WHO) weekly COVID-19 update on Tuesday last week reported cases of the Delta variant in 124 countries, along with 3.4 million new cases of COVID-19 around the world, 12 percent higher than the previous week.

The Delta variant has been detected in 94 percent of the tests carried out in Indonesia over the past two weeks, according to the monitoring site, Our World In Data (OWID), and this is against a backdrop of a country that has only fully vaccinated 6 percent of its population against COVID-19.

While there is no public data on how effective the Sinovac vaccine is against the Delta variant, preliminary studies have suggested its efficacy may be as low as 20 percent.

And with health workers who had been fully vaccinated with the Sinovac vaccine succumbing to the virus, Health Minister Budi Gunadi Sadikin said at a press conference on July 9, that all health workers will now receive a “booster” shot with the US-made Moderna vaccine to protect them against the new deadly wave.

“We have agreed that the Moderna vaccine will be given as a third dose to provide maximum immunity to existing viral mutations,” he added.

Studies have shown the Moderna vaccine is more than 94-percent effective at preventing COVID-19 in people who have received both doses.

A Canadian study pending peer review has found that a single dose of Moderna is 72-percent effective at preventing symptomatic infections caused by the Delta variant after two weeks.

This would mean a relatively improved level of protection for Indonesia’s healthcare workers even after just one booster shot of the Moderna vaccine.

Thailand is also seeing a rise in COVID-19 cases where, according to the chief of the Department of Medical Sciences, Dr Supakit Sirilak, Delta has overtaken Alpha as the dominant variant, accounting for 63 percent of new cases.Elsewhere, Pakistan is also seeing a rise in cases after a fall in numbers over the spring, with Karachi recording the highest numbers of Delta cases.  Just 2 percent of Pakistan’s population is fully vaccinated.

COVAX, the WHO vaccine-sharing scheme, is planning to send an additional three million Moderna vaccines to Pakistan to help fight this new surge in cases.

Approval is only given when the benefits of having a vaccine significantly outweigh any risks, and this is true of the Pfizer and Moderna vaccines and, in the spirit of full disclosure, I will state that I have myself been vaccinated with the Pfizer vaccine.

The EMA analysis of cases found that among 177 million doses of the Pfizer vaccine given, 145 cases of myocarditis and 138 cases of pericarditis were reported.

Out of 20 million doses of the Moderna vaccine given, 19 cases of myocarditis and 19 cases of pericarditis were reported.

Thankfully, there is increasing evidence that the vaccines not only reduce the risk of getting Long COVID but may also reduce symptoms in those who already have it if they are given the vaccine as a treatment.Long COVID is the name given to an array of symptoms affecting people who have suffered an acute COVID-19 infection.Until recently, Long COVID could only be diagnosed clinically – through observation by a healthcare professional of someone who has previously had COVID-19.

However, scientists at Imperial College London now say they have identified an auto-antibody in those with Long COVID which is not present in those who have made a full recovery from COVID-19, and which can be tested for via a simple blood test.