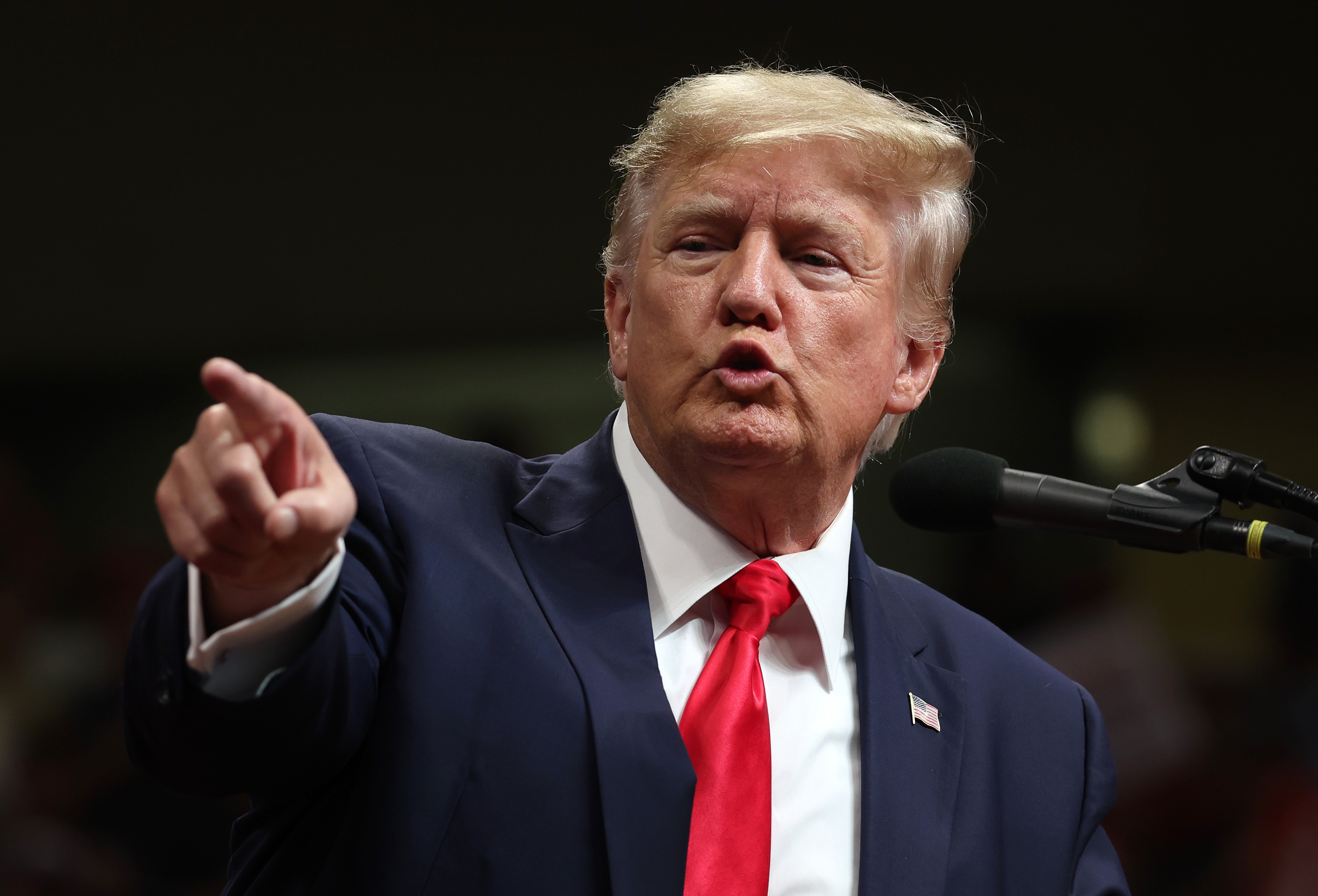 The next morning, as pressure mounted from vocal right-wing activists, celebrity doctor Mehmet Oz, who is running for the Senate in Pennsylvania, took to Twitter with a message that did not mention Trump by name but merely lamented the country’s divisions and asserted that Americans had “every right” to demand answers about the search and seizure of documents.

Those calls for transparency from Oz and Budd differ markedly from the more fiery rebukes from other Republicans who painted America as a lawless banana republic — and reflect that some GOP candidates in battleground states are erring on the side of caution in discussing a Trump investigation that could influence critical independent and suburban voters.

After initially declining to weigh in on the Mar-a-Lago search at a press conference — which prompted criticism from pro-Trump activists — Senate Minority Leader Mitch McConnell also decided to take a cautious tack of calling for transparency, issuing a statement arguing that “the country deserves a thorough and immediate explanation of what led to the events of Monday.”.

Jonathan Felts, a senior adviser to Budd, said the campaign decided to wait on issuing a statement because they assumed there would be some type of explanation from the Department of Justice.“Shame on us for thinking Joe Biden wouldn’t play partisan politics with the FBI,” Felts said in a statement to POLITICO, explaining the campaign’s decision.In Colorado and Washington, two blue states Senate Republicans are eyeing this year as potential pickups, the GOP nominees haven’t publicly mentioned the FBI activity involving Trump.Josh Novotney, a Pennsylvania-based GOP consultant, said another benefit is that the search could supercharge Republican voters to go to the polls: “The FBI, I’m not calling them political by any means, but what they do ends up having political ramifications.Several Republican Senate nominees in battleground states took an approach to the Mar-a-Lago search more directly aimed at those voters.Kelly isn’t the only Democratic Senate candidate in a swing state who has remained tight-lipped about the Mar-a-Lago search — in fact, all in the top battlegrounds have beenA focus group of swing voters in Pennsylvania held on Wednesday evening, which was viewed exclusively by POLITICO, highlighted the complicated political dynamics of the momentAnother woman supporting Fetterman said “I don’t know enough about it” when asked whether the search was a political stunt

4 'Trump Is a Messianic Figure in the QAnon Calls' - POLITICO

10 Special master to Trump's lawyers: 'You can't have your cake and eat it too' - POLITICO

7 Prince William, Prince Harry should put 'wives aside' and patch up their relationship: American Viscountess

12 Shawn Michaels On How Chyna Would Be Perceived In Modern WWE Women's Division - Wrestling Inc.