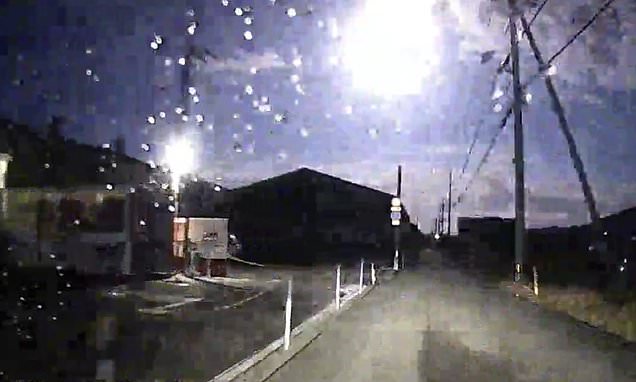 Nov 30, 2020 36 secs
Local media said the fireball is believed to be a bolide, an extremely bright meteor that explodes in the atmosphere. .A camera at Nagoya port showed the meteor shining as brightly as a full moon as it neared the Earth, the Asahi newspaper reported.

I thought it was the end of the world...' said another, tweeting a video of the meteor captured while driving