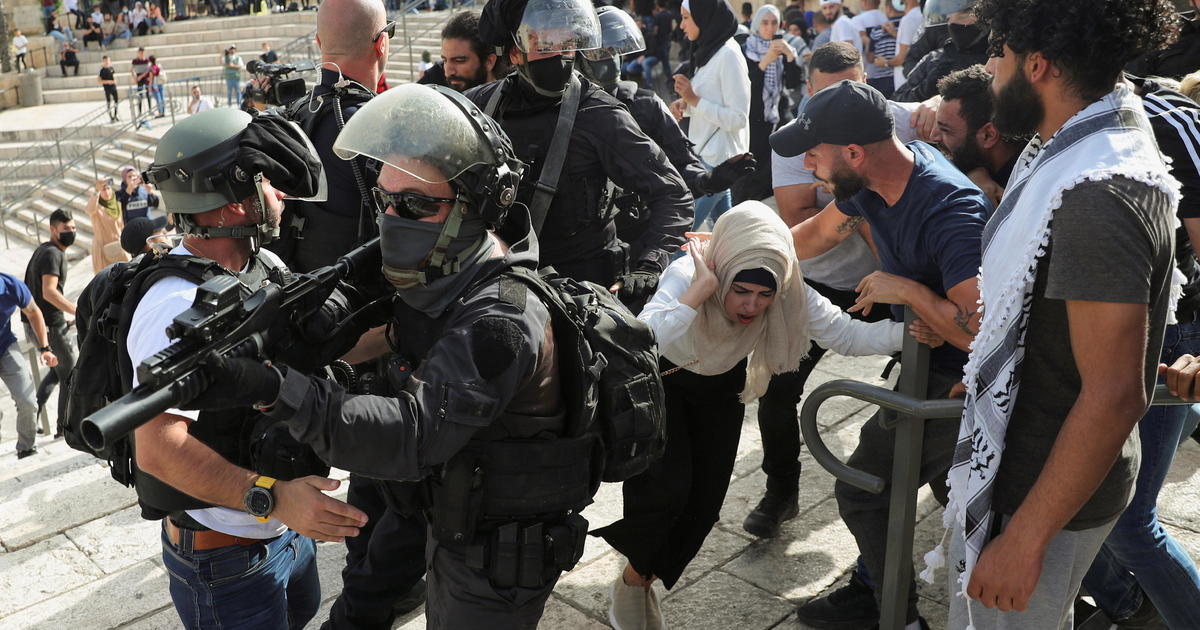 May 10, 2021 1 min, 9 secs
Israel's army said it launched air strikes on Gaza Monday, in response to rockets fired by Hamas militants, after hundreds of Palestinians were hurt in clashes with Israeli police at a religious site in Jerusalem.Confrontations between Israeli security forces and protesters have been escalating for weeks.

The Palestinian Red Crescent said 331 Palestinians were injured in a crackdown on worshipers at al-Aqsa mosque on Monday alone.

The al-Aqsa mosque in Jerusalem's Old City is one of the holiest sites in Islam, but it has long been under Israeli control.

Palestinian protesters put up a makeshift barrier at the entrance, walling themselves in, and threw stones at Israeli police.

On Monday, an Israeli car crashed into Palestinian protesters near the mosque.Amid the tension, Israeli police decided on Monday to allow a march commemorating Jerusalem Day to go ahead, but not through the Damascus Gate as planned.Jordan and other Arab nations in the region have condemned both the planned evictions in East Jerusalem and the Israeli security forces' heavy-handed response to the protests.Other Palestinian factions, however, including armed groups, issued an ultimatum on Monday warning Israel to withdraw its security forces from al-Aqsa and Sheikh Jarrah, and to release all those detained during the recent clashes, or face violence.