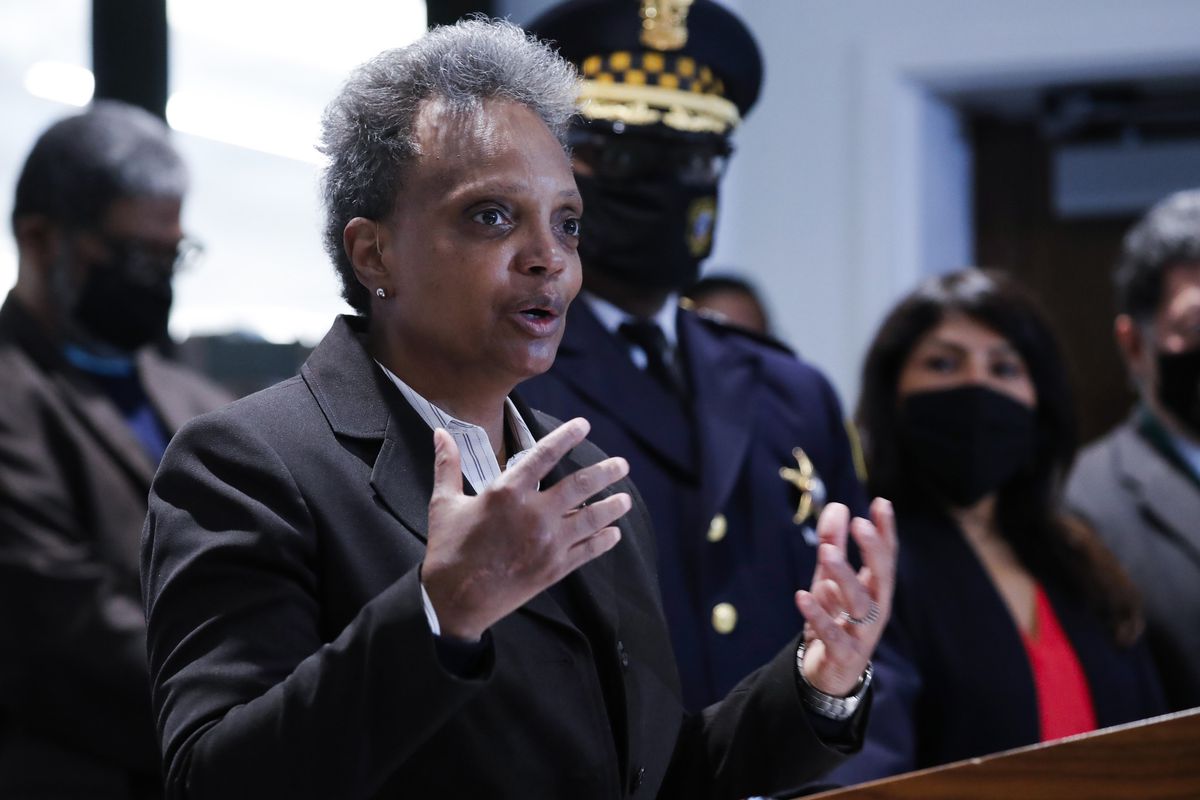 Jun 16, 2021 2 mins, 52 secs
The Illinois House on Wednesday delivered a rebuke to Mayor Lori Lightfoot by approving a transition to an elected Chicago school board, and also passed a gun-safety bill that is aimed at easing a backlog of firearm applications and would require background checks on private gun sales. After the passage of Chicago school board and the gun control legislation, a procedural hold was placed on both bills, preventing them from going directly to Gov. Supporters of the firearm owner’s identification legislation said they expected the hold to be lifted quickly, while House Speaker Emanuel “Chris” Welch said the hold on the elected school board would give Lightfoot “time to come to the table and work with the folks that support an elected school board, and we’re going to continue to move forward.”. The elected school board plan was approved on a 70-41 vote and would shift control of Chicago Public Schools from the current mayoral-appointed board to an elected 21-member school board by 2027. Pritzker, the first-term Democratic governor, has indicated his support for an elected school board in Chicago, which now is the only nonelected board in the state. Progressive Democrats have long pushed for an elected school board for the city, contending the centralized power in the mayor’s office, which now appoints the board, has led to indiscriminate school closings that fail to take neighborhood interests into account. The CTU cited its late President Karen Lewis in a tweet, saying “Chicago will have an elected representative school board. Lightfoot campaigned in support of an elected school board in her successful 2019 mayoral campaign. Under the legislation, the city’s school board would become a hybrid panel in January 2025, with 10 members elected to four-year terms in the 2024 general election and 11 members appointed by the mayor, including the board president. In the 2026 general election, the board’s appointed members would be replaced by 10 members and a board president elected to four-year terms, putting a fully elected board in place in January 2027. The 20 board members would be elected from districts throughout Chicago while the board president would be elected at large. Supporters of the legislation said negotiations would continue on a follow-up bill that would deal with the city subsidies and also would set up campaign finance limitations for spending in board races, review the potential for public financing board campaigns and look at the issue of noncitizens voting or running for the elected board.

Miguel del Valle, who was appointed by Lightfoot in 2019 as CPS board president, said the failure to give noncitizens participation was disenfranchisement.

Lightfoot had pushed her own plan that would have created an 11-member board with three elected seats in 2028, contending a 21-member board is too unwieldy.

Delia Ramirez, D-Chicago, said follow-up legislation would contain language clarifying that board members would not be paid.

Ann Williams said the elected school board issue has been the most talked about topic from her constituents during her decadelong tenure in the General Assembly.